Order by: Relevance | First broadcast | Most recent broadcast | Availability ending soon
Results 61 to 80 of more than 10,000

For Nature, Not Humans 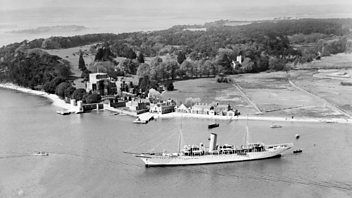 Alan Leith tells the story of the eccentric recluse who purchased Brownsea Island in 1927. 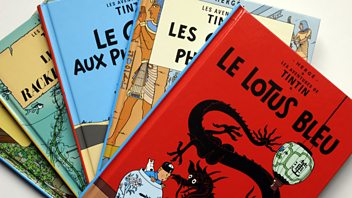 Despite being fictional, Nick Danziger makes a powerful case for the Belgian reporter.

Series of biographical discussions with Matthew Parris. Despite being totally fictional, Nick Danziger makes a powerful case for the little Belgian reporter. 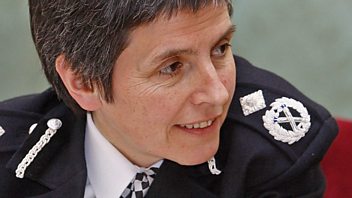 Series of profiles of people who are currently making headlines.

Series 2 Episode 1: Living in the Past 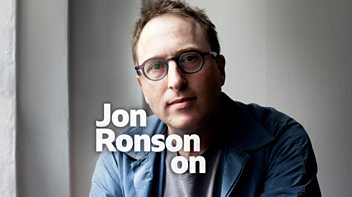 Jon recalls an incident in the past when he was thrown into a lake by school friends.

Journalist Jon Ronson confronts his bullies at his school reunion. With Dan Tetsell and Robert Popper. From January 2006.

Journalist and broadcaster Jon Ronson looks at the human condition with the help of interviewees and reporters from the world of writing and performance.

Jon investigates why often it is so difficult to leave a particular incident in the past. He he looks back to the time when he was thrown into a lake by his school friends, and confronts his bullies at his school reunion. Father Ted writer Graham Linehan remembers his own bully, and comedians Dan Tetsell and Robert Popper discover that they have parallel stories: one has a Nazi grandfather, the other a Jewish evacuee grandmother.

A Unique production for BBC Radio 4.

Journalist and broadcaster Jon Ronson asks why his inner conversations spiral into irrationality and discovers he isn't alone.

Journalist and broadcaster Jon Ronson asks whether we're all natural born liars. With Danny Wallace and Danny Robbins. From January 2006.

Journalist Jon Ronson asks can you really have thousands of friends?

Journalist Jon Ronson asks can you really have thousands of friends? With Caitlin Moran. From February 2006.

Journalist and broadcaster Jon Ronson asks, why should we wait for the things we want?

Journalist and broadcaster Jon Ronson asks why should we wait for the things we want? With Alain De Botton. From February 2006.

Journalist and broadcaster Jon Ronson asks why and how we learn to metaphorically build bridges.

Jon also takes his producer to a workplace mediator to find out if he really is a difficult person to work with. 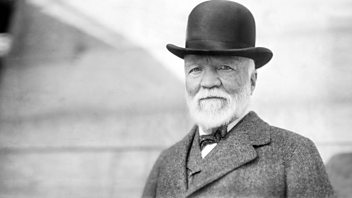 Jeff Randall explores the life of the businessman and philanthropist Andrew Carnegie. 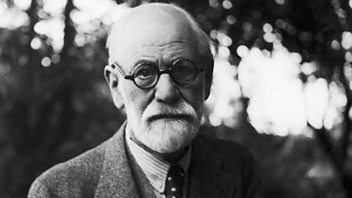 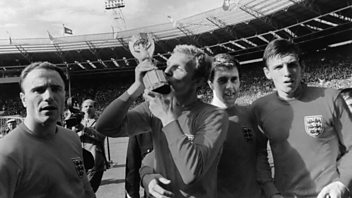 Geoff Hurst, Martin Peters and George Cohen are among those joining Sue MacGregor to remember England's triumph at the 1966 World Cup Final.

Even if you weren't there, or watching it on television, even if you weren't born on the 30th July 1966, it's a date etched on the heart of every England football fan. It's the day England, at Wembley, after progressing through a tournament full of controversy, excitement and some extraordinary upsets, won the World Cup.

Inside the stadium were almost 94,000 fans. On television, the audience was 400 million. Watching it now, it seems somehow more than four decades away. It's not just the grainy black and white film - it's the cropped hair and short shorts of the players, the lack of logos on the England shirts - just three heraldic lions; it's also the measured, understated commentary of Kenneth Wolstenholme, all on his own throughout the match.

The goals, when they came, produced little jumping about and no hysteria - it was more a case of a rather satisfied jig. When Bobby Moore took the trophy from the Queen and held it up for the crowd to see, he didn't forget to wipe his hands first. It was, without doubt, England's greatest sporting victory.

In this episode of The Reunion, originally transmitted in 2006, Sue MacGregor gathers five men - three of them players - who made that day so extraordinary.

Hat-trick goal scorer Sir Geoff Hurst, and his fellow West Ham player Martin Peters; George Cohen, known as Mr. Dependable, who played for Fulham; the man in charge of BBC television's coverage of the match, Alan Weeks; and one of the all important admin men - the team liaison manager for the London matches throughout the tournament, Alan Leather.

THE REUNION is a Whistledown Production for BBC Radio 4. 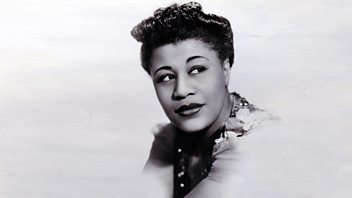 The entrepreneur Ivan Massow chooses the singer, Ella Fitzgerald. With Matthew Parris and singer Dame Cleo Laine. From May 2006. 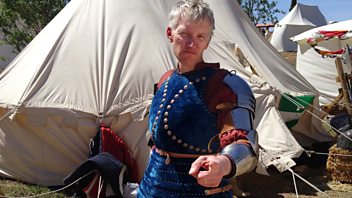 Vanessa Collingridge presents the series exploring ordinary people's links with the past. 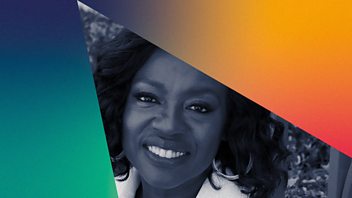 Becky Milligan profiles the first black actor to win an Oscar, Emmy and Tony award. Her latest film is one of the first big budget releases since the pandemic closed cinemas.

The academy award winning actor’s latest film, Ma Rainey’s Black Bottom, is one of the first big budget releases since the pandemic closed cinemas. Viola Davis is the first black actor to win an Oscar, Emmy and Tony award – a triple crown of the most prestigious awards in film, television and theatre.

Born on her grandmother’s farm, a former slave plantation in South Carolina. Davis was raised on the East Coast – in Providence, Rhode Island. As a child growing up in poverty, acting became a means of escape.

After a decades-long career as a respected theatre actor, she was propelled to international attention in 2008, when she was nominated for an Oscar for her performance in a single scene; alongside Meryl Streep in the film Doubt. Since then, she’s starred in a great many films and TV series; becoming widely recognised as one of the greatest actors of stage and screen this century.

Becky Milligan explores her life and career and talks to her sister, Deloris, to find out what motivates an actor whose meteoric rise is symbolic of a deeper shift in how the film industry values black artists.

The Godfather of Hollywood sound 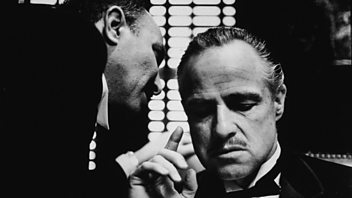 Walter Murch is a superstar sound designer, who's worked on films like The Godfather and Apocalypse Now. His avant-garde production techniques have changed the way cinema sounds.

Walter Murch is a superstar sound designer, who's worked on some of Hollywood's biggest films like The Godfather trilogy and Apocalypse Now. His work has immersed audiences in everything from the clattering trains of New York to the rhythmic helicopter rotors of the Vietnam war. Walter's avant-garde production techniques have changed the way cinema sounds. His story is featured in the documentary, Making Waves: The Art of Cinematic Sound. This episode was first broadcast on 1st January 2020.

Picture: Still from The Godfather 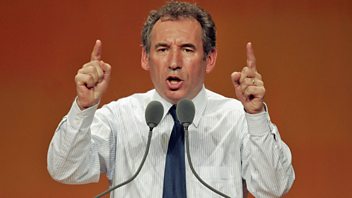 A profile of one of the candidates in France's presidential elections; François Bayrou.

Alastair Sandford profiles the man who is threatening to change the political landscape of France in next week’s presidential elections, François Bayrou.

Alastair Sandford, who has reported for the BBC from Paris for the last eight years, looks at the man who is threatening to change the political landscape of France in next week’s presidential elections, François Bayrou. 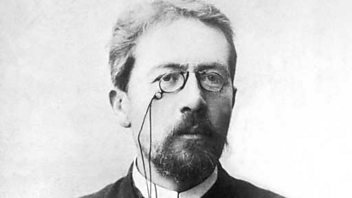 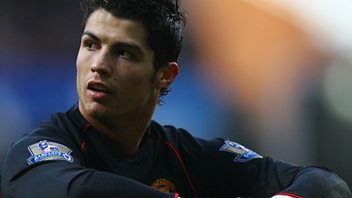 A profile of the Manchester United footballer Cristiano Ronaldo.

Adam Parsons looks at the career of Cristiano Ronaldo the young Manchester United footballer who has gone from being a British hate figure, to the player his peers most admire. 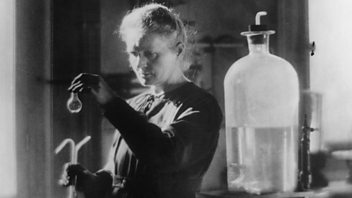 Pallab Ghosh explains how Marie Curie achieved fame through her work on radioactivity.

4/9. BBC Science Correspondent Pallab Ghosh explains how Marie Curie achieved iconic status through her work on radioactivity and weighs up the cost she paid for her success. The studio guest is Curie biographer Sarah Dry.