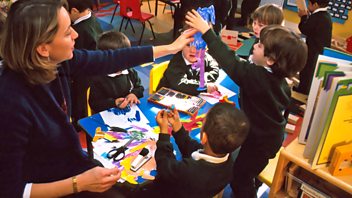 Parents are being forced to pay for the government's 30 hour free childcare scheme through additional charges and fees as a result of underfunding, says the Pre-school Learning Alliance. They carried out an online survey and found that only a third of childcare providers in England are delivering the offer fully free. Jenni speaks to Shannon Hawthorne, Director of Press and Public Affairs at the Pre-school Learning Alliance.

Data from a ComRes poll commissioned by Woman's Hour and BBC Radio Sheffield has revealed that 70% of women do not tell their employer that they are going through the menopause. Should women speak out at work, and what can employers do to support them? Jenni is joined by Diane Danzebrink, a menopause counsellor, Deborah Garlick, the founder of the over-40s website Henpicked, and Ruth Devlin who runs a charity in Scotland, Let's Talk Menopause.

In the next in our series talking to women shaping the future in AI and tech, we hear from women innovating in drone technology. What is it like to operate in such a male dominated sphere? Jenni speaks to Pae Natwilai, who has her own, new start-up, Trik, Dr Yoge Patel, CEO of Blue Bear, which supplies unmanned planes and drones, and to Miriam Hinthorn of commercial drone business Consortiq.

Steph Broadribb, or 'Crime Thriller Girl,' as she is known online, is a blogger and author. Her second book follows the life of Lori Anderson, a bounty hunter and single mother living in Florida. Steph joins Jenni to discuss her love of crime drama and why she wants the genre to do more to represent three-dimensional female characters. 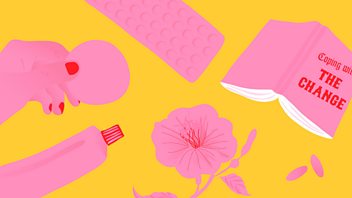 Highlights from Woman's Hour. Presented by Jenni Murray. The effect of the menopause on relationships, how best to support children through divorce and the world of cybersecurity.

Women share their experiences of the menopause, and we discuss the impact of the menopause on sex and relationships with Eileen Bellot the director of Hands Inc, a health and wellbeing charity and Heather Currie a gynaecologist and former chair of the British Menopause Society.

We look at the use of digital material as evidence in rape cases. How is it gathered and how much weight is attached to it by prosecution or defence barristers? Alison Saunders the Director of Public Prosecutions and head of the CPS and Tana Adkin QC a barrister specialising in rape and sexual offence cases discuss.

We'll find out why parents are being forced to pay for the government's 30 hour free childcare scheme through additional charges and fees as a result of underfunding. We'll hear from Shannon Hawthorne from the Pre-School Learning Alliance.

Psychotherapist and former barrister, Charlotte Friedman on how best to support children through divorce.

We hear from three women immersed in the world of cyber security. Holly Rostill is a white hat hacker at Price Waterhouse Coopers. Dr Mariarosaria Taddeo is a research fellow at the Oxford Internet Institute and Helen L works at the National Cyber Security Centre at GCHQ.