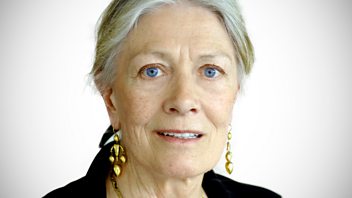 Vanessa Redgrave looks back over her long and varied career, and Imperium at the RSC.

Vanessa Redgrave has just been awarded the Richard Harris Award which is given to an actor for their outstanding contribution to British film. She talks to Stig about her long career in cinema and theatre.

Imperium is the Royal Shakespeare Company's new six-hour production which looks at power politics in ancient Rome, which is based on Robert Harris's bestselling Cicero trilogy. The writer and classical historian Natalie Haynes has seen the production and gives her verdict.

French president Emmanuel Macron has called for African artefacts currently held in French museums to be returned to their countries of origin. Cultural historian Andrew Hussey discusses the reaction in France, the practicalities of such a pledge, and what pressure it might put on museums in Britain.

The Irish writer Sally Rooney has just been awarded The 2017 Sunday Times/Peters Fraser + Dunlop Young Writer of the Year Award for Conversations With Friends. The 26-year-old's debut novel has become a critical and word-of-mouth hit this year, acclaimed as fresh and clever. She talks to Stig about the book and what the win means to her. 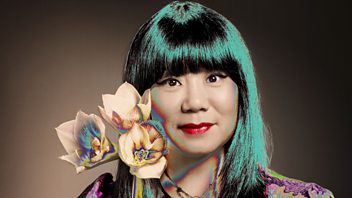 Queen of grunge fashion Anna Sui talks about her new exhibition. Caroline Lucas co-leader of the Green Party. And the emotional impact of failed IVF.

Anna Sui is a name synonymous with the grunge look in the 90's. She remains one of the world leading fashion designers with her unmistakably eclectic rock and roll glamour. She has dressed everyone from Madonna to Kate Moss. She the first living American fashion designer to be celebrated in a retrospective exhibition in the UK. Milly Chowles went along to London's Fashion and Textile Museum to talks to her about her unique style and how it all began.

In the third of our Leader interviews ahead of the General Election next Thursday, Caroline Lucas Co-leader of The Green Party talks about her party's manifesto offer.

Sally Rooney discusses her debut novel Conversations With Friends. Excited publishers are describing it as 'Salinger for the snap chat generation'. The book focuses on two 21 year old friends and former lovers Frances and Bobbi, and the relationship they strike up with a glamorous older couple.

At the age of thirty eight, Australian novelist Julia Leigh made her first visit to an IVF clinic with her then partner, full of optimism. Her memoir "Avalanche" documents the six years that follow-on from that visit - the break-down of her relationship, and her fraught and ultimately failed journey through six rounds of IVF alone. She talks to Jenni about her experience, the IVF industry, and why she, as a writer of fiction, felt compelled on this occasion to document her own life. 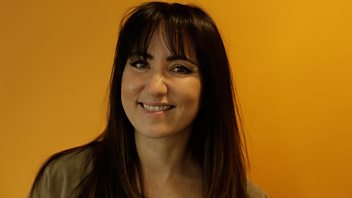 KT Tunstall on her return to music and protecting children from effects of air pollution.

KT Tunstall performs her latest single. Plus protecting children from air pollution and journalist Reni Eddo-Lodge on why she stopped discussing race with white people.

Three years ago the Scottish singer songwriter KT Tunstall disappeared from the music scene. She tells us why she's returning to music and performs her latest single for us.

How does air quality affect children's health? And what can parents do to help? We hear from Dr Ben Barratt a lecturer in Environmental research from King's College London, and Dr Abigail Whitehouse Clinical research fellow at Queen Mary's Blizard Institute.

How one woman used craft to help her through two devastating events in her life. Listener Lisa Slinn is now a professional ceramicist; she says the creative process saved her life.

The journalist and writer Reni Eddo-Lodge talks about her new book 'Why I'm no longer Talking to White People About Race'.

Sally Rooney's first novel, Conversations with Friends is about a friendship between two young women and an older couple. Sally tells us how she feels about it being snapped up by the publishers who described it as 'Salinger for the Snap Chat Generation.'

Two young women celebrate the crafts of knitting and embroidery. Hannah Hill is an embroiderer and calls her work art, and Louise Walker knits animal heads as part of her work as a taxidermy knitter. 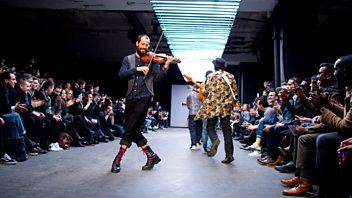 Sally Rooney on her new novel, Normal People, which is winning ecstatic reviews.

Irish writer Sally Rooney's second novel, Normal People, is on the Man Booker Prize. She talks about structure and being true to her characters. How the fashion catwalk uses music.

The Irish writer Sally Rooney's second novel Normal People, the story of a relationship between two young people from very different backgrounds, has been longlisted for the Man Booker Prize and is winning ecstatic reviews. She talks about structure, being true to her characters, and the pleasure and pressure of praise.

TV critic David Butcher, reviews Trust, a new drama investigating the true story of the kidnap of the grandson of one of America's wealthiest families, the Getty's. Donald Sutherland stars as oil magnate, John Paul Getty, who after the death of his son looks to his grandson to take over the family business.

But after a perceived shame he brings to the family name Sutherland's Getty turns him away, leading to his grandson's eventual kidnap on the streets of Rome.

London Fashion Week starts on Friday and Front Row takes a close look at how the catwalk uses music to its advantage, and the close and enduring relationship between music and fashion. John Wilson talks to Jeremy Healy, who puts music on the runway for John Galliano at Maison Margiela, and to Katie Baron, author of the book Fashion and Music.

The publication in an Australian newspaper of a cartoon of Serena Williams in the final of the US Open has drawn criticism and protests that it's racist. Leading international caricaturist Tayo Fatunla considers the line cartoonists tread between caricature and offence. 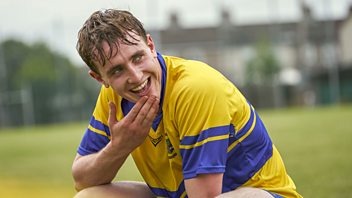 In modern, rural Ireland, Connell and Marianne, on different ends of their school’s social scene, begin an intense, secret affair. 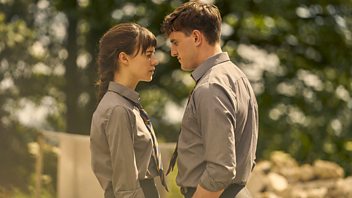 Marianne and Connell’s affair continues, but outside pressures start to take their toll.

Marianne and Connell’s affair continues, but the pressures of the outside world start to take their toll.