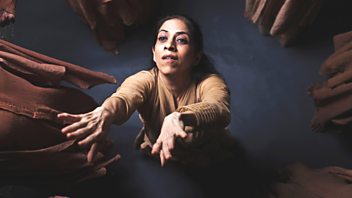 What does peer research reveal about the lives of sex workers? Plus Aditi Mangaldas.

Programme that offers a female perspective on the world. What does peer research reveal about the lives of sex workers? Plus Aditi Mangaldas and Khalida Popal.

Some say Aditi Mangaldas is to Kathak what Margot Fonteyn and Sylvie Guillem are to Ballet. The Indian choreographer, dancer and founder of Aditi Mangaldas Dance Company discusses her new show, Inter_rupted, working with the aging body, and her experience of bringing a woman's voice into the heart of this classical dance form.

In Durham and Darlington sex workers have become researchers - using their experiences to reveal more about 'hidden' sex work and sexual exploitation. The innovative new peer led research was used by the charity Changing Lives. Jenni is joined by Laura Seebohm, its director, and by Durham Police & Crime Commissioner Ron Hogg, who commissioned the research, and by Laura Watson from the English Collective of Prostitutes.

Khalida Popal made history by becoming the first captain of the Afghan Women's National Football team in 2007. Using her public position to raise awareness about women's rights issues, at 23, she fled the country after receiving death threats. She talks about remaining an iconic figure for women's football in Afghanistan.

Hundreds of thousands of black GIs were stationed across the UK during WW2. Many had relationships with local women and some had children but, due to US laws at the time, they were usually refused permission to marry. Professor Lucy Bland of Anglia Ruskin University hopes to shed light on an under-reported chapter of 20th century social history. Joining the discussion is Dr Deborah Prior, who was one of those babies.

And as part of our series 'Becoming a Mother: A Hot Cup of Tea with Hollie McNish'. Hollie sits down with friend and fellow poet Luke Wright to discuss parental guilt and being the only dad at Rhyme Time. 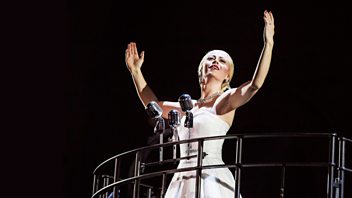 Emma Hatton, star of the latest production of Evita, performs Don't Cry for me Argentina.

Emma Hatton performs from Evita. What it's like to be a gay parent? Plus how to get the best out of your holiday fashion.

Emma Hatton, who stars in the latest production of Evita in the West End, performs 'Don't Cry for me Argentina. We discuss new help available to sufferers of endometriosis and their partners. Following the conviction of 18 people for abusing young women and girls in Newcastle after a two year investigation by Northumbria Police. we hear from two women at the forefront of the investigation, and from women in the community. Plus the musical theatre Producer Katy Lipson talks about her involvement in the 50th anniversary production of Hair and her own fifth Page to Stage Festival. We look at what's it like to be a gay parent. And tips to make better holiday fashion choices