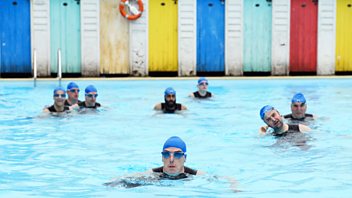 On the set of Swimming With Men with Rob Brydon and Daniel Mays, Laura Wade, writer of Home, I'm Darling, final report on Art Fund Museum of the Year from Ferens Art Gallery, Hull.

Rob Brydon, Daniel Mays and Adeel Akhtar were among the actors spending long hours in swimming pools last summer rehearsing for, and shooting, the new British film Swimming With Men, based on a true story about a group of male synchronised swimmers competing in the world championships. Stig Abell reports from the set at Basildon swimming pool, which was masquerading as Milan, the venue for the finals.

Laura Wade, the playwright behind Posh and the stage adaption of Tipping the Velvet, discusses Home, I'm Darling, her new a play about a modern couple trying emulate the happy domesticity of the 1950s.

With the announcement of the winner of the £100,000 Art Fund Museum of the Year 2018 later this evening, we have our final report from the five finalists. So far we've heard from Brooklands Museum in Weybridge, Glasgow Women's Library, The Postal Museum in London, and Tate St Ives. Tonight we visit Ferens Art Gallery in Hull, which was at the heart of Hull UK City of Culture last year.

Filmmaker and writer Claude Lanzmann, famous for Shoah - his 1985 epic exploration of the Holocaust, has died. He's remembered by the writer and cultural critic Agnes Poirier.

Macbeth, Tipping the Velvet, The Fabric of India 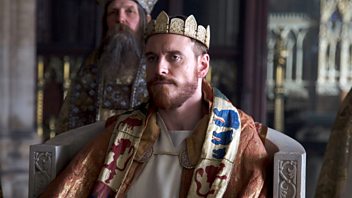 Arts news with Samira Ahmed, including Macbeth, Tipping the Velvet and The Fabric of India at the Victoria and Albert Museum. Plus a report on diversity in the creative industries.

Samira reports from the Victoria and Albert Museum as they prepare to open a new exhibition - The Fabric of India - which chronicles 6,000 years of textiles in India.