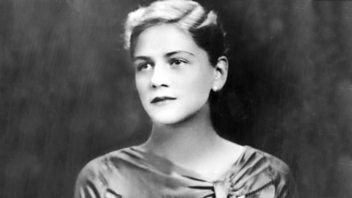 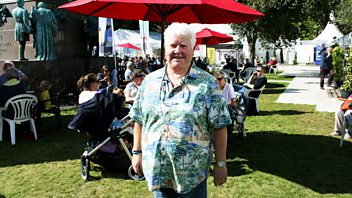 Val McDermid is at the Edinburgh International Books Festival where she talks to Paul Auster about 4 3 2 1, and to Denise Mina about The Long Drop. Sam Lee performs.

Denise Mina on her first true crime novel, The Long Drop, about one of Scotland's most notorious criminals, Peter Manuel.

Mike Heron from The Incredible String Band discusses the joint memoir he's written with the Scottish novelist Andrew Greig, You Know What You Could Be. 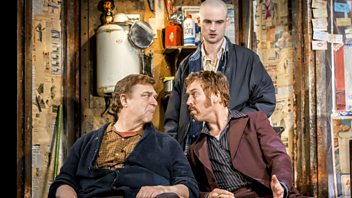 Damian Lewis and Daniel Evans, Sam Lee, A Pigeon Sat on a Branch Reflecting on Existence.

A Pigeon Sat on a Branch Reflecting on Existence, winner of the 2014 Venice Film Festival's Golden Lion Award, is the final part of Swedish director Roy Andersson's trilogy about what it means to be a human being. Larushka Ivan-Zadeh reviews.

Sam Lee discusses his new album The Fade in Time, every track of which is a song he has collected from Gypsy, Traveller and traditional singers. Sam has arranged these ancient songs with unusual instruments - including a Japanese Koto - archive recordings and all the resources of a modern recording studio, so how has he remained true to their spirit?

The line-up for this year's BBC Proms is announced today. Fiona Maddocks of the Observer joins Kirsty to assess the 2015 offering, which includes celebrations of Nielsen, Sibelius and Boulez, a Prom dedicated to the mind of Sherlock Holmes, and the return of Marin Alsop to conduct the Last Night. 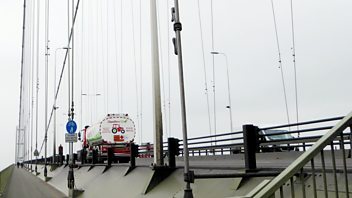 Tom Service explores music-making in Hull with some of the city's best folk musician. Plus folk collector Sam Lee, a profile of Ethel Leginska and the sounds of the Humber Bridge.

As part of Radio 3's Uproot festival, Tom Service presents an exploration of music and music-making in Hull, UK City of Culture.

On the Humber Bridge, Tom meets the local field recordist Jez riley French and Opera North's Jo Nockels, and discovers the ethereal sound world of The Height of the Reeds, an immersive installation which brings together the sounds of the bridge itself, with music by Norwegian artists and composers Jan Bang, Arve Henriksen and Eivind Aarset.

Tom also hears about the extraordinary story of pianist, composer and conductor Ethel Leginska. Born in Hull as Ethel Liggins, in 1886, Leginska's career took her to the US where she founded women's orchestras in Boston and New York, conducted premieres of her own operas in Chicago, and left a significant legacy as a teacher in Los Angeles. Dr Lee Tsang and pianist Graziana Presicce from Hull University tell Tom about Leginska's largely untold life in music.

At the house of local folk luminary Mick McGarry, he meets members of Folk in Hull for an evening of free-flowing conversation, whisky and song, hearing about Hull's thriving music-making scene, and how songs are being written about past and present, from the city's historical whaling industry to today's politics.

And the folk adventurer Sam Lee, who along with fellow composer Jack Durtnall is turning stories from Hull's seafaring communities into Hullucination, a new piece for the New Music Biennial, part of this year's UK City of Culture celebrations. Tom meets Sam and Jack, along with one of Hull's ex-fishing vessel skippers Ken Knox, at the Trinity House Academy, a secondary school with strong maritime connections.