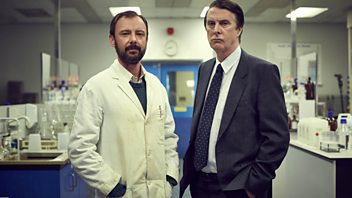 Roger McGough on the National Poetry Competition, plus a review of Code of a Killer.

Roger McGough on the National Poetry Competition, Jonathan Maitland on his play Dead Sheep, Attica Locke on her new book set in Pleasantville and a review of Code of a Killer.

On an important night for poetry, the winners will be announced of the National Poetry Competition - open to anyone for a £6 entrance fee - and The Ted Hughes Award rewarding new work. Roger McGough, President of the Poetry Society, tells Kirsty Lang who's won.

Jonathan Maitland, best known as a journalist and correspondent, has written his first play Dead Sheep about Geoffrey Howe's famous speech which led to Thatcher's downfall. Jonathan Maitland and Steve Nallon, who was the voice of Thatcher in Spitting Image and plays her in the play, discuss political satire on stage.

Attica Locke's latest novel features murder, powerful, dirty oil companies, and corrupt politicians, set in Pleasantville: a neighbourhood that, when it was built in 1949, had been advertised as "a planned community of new homes, spacious and modern in design, and built specifically for Negro families of means and class." She explains to Kirsty why this provided the perfect setting for her book.

And crime writer Mark Billingham reviews Code of a Killer, the new ITV drama starring David Threlfall and John Simm telling the true story of the discovery of DNA. 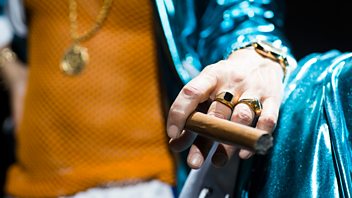 Alistair McGowan plays the role of Jimmy Savile in a controversial new play by Jonathan Maitland which opened last night. McGowan and Maitland discuss their mixed feelings about the project and how and why they chose to portray the serial paedophile.

The novelist Amitav Ghosh talks about the final part of his Ibis Trilogy, Flood of Fire, which follows the Man Booker Prize-shortlisted Sea of Poppies and River of Smoke, set during the turbulent times of the Opium Wars.

A new exhibition by the Victorian artist Richard Dadd shows paintings from his early career, when he was seen as one of the most talented and promising artists of his generation, to paintings completed after he suffered a breakdown and was admitted to Bethlem psychiatric Hospital. Historian Kathryn Hughes reviews.

As Wagner's German opera house Bayreuth prepares for the 150th anniversary performance of Tristan and Isolde, music critic and writer Norman Lebrecht considers the almighty row that is taking place between Wagner's two great-grand-daughters who run the festival. 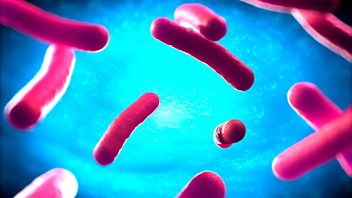 On Start the Week Andrew Marr looks at winners and losers - from microbes and genes, to athletes and adventurers. Ed Yong seeks to expand our understanding of microscopic microbes which inhabit every corner of the earth, and influence our bodies more than we know. Each person's DNA is unique but Adam Rutherford reveals how collectively it tells the story of the history of our species - the successes and the failures. When one's own genetic make-up and hard work aren't enough, there's always chemical enhancement - Jonathan Maitland looks at doping in sport for his latest play, Deny, Deny, Deny. The polar scientist Felicity Aston was the world's first woman to ski alone across the Antarctic and knows what it's like to push your body to the limits. She's now off to Canada's frozen North in search of gold. 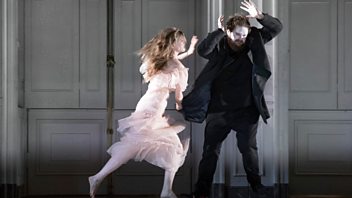 Hamlet - the opera, a novel with songs, political docudramas and blue plaques for music.

Brett Dean on Hamlet - the opera; Laura Barnett's novel about a songwriter - with songs by Karthryn Williams, the pleasures and pitfalls of dramas based on recent political events.

Australian composer Brett Dean talks about on his new opera, Hamlet, for the Glyndebourne Festival, which is one of the most eagerly anticipated operatic premieres of the year.

Laura Barnett's latest novel, Greatest Hits, focuses on Cass, a successful singer songwriter who retires from public life, and then plans her return 10 years later with her greatest hits. Singer songwriter Kathryn Williams has written a soundtrack to accompany the book and the two discuss their collaboration with Kirsty Lang.

Theresa vs Boris, a docu-drama about the Conservative Party's 2016 leadership campaign, will be broadcast on BBC Two this weekend. Yet, after the 2017 general election the docu-drama already looks to be overtaken by the shenanigans in Westminster. Documentary maker Michael Cockerell and playwright Jonathan Maitland discuss the pitfalls and the pleasures of creating programmes based on recent political events, and if it is ever too soon to begin making such programmes.

For BBC Music Day tomorrow all 40 BBC Local Radio stations and Asian Network in England have teamed up with the British Plaque Trust to unveil 47 historic Blue Plaques celebrating iconic musicians and venues. From Aspatria in Cumbria to Penzance, Kirsty Lang introduces some of the more unusual ones.