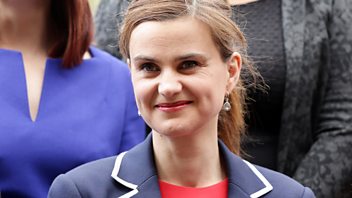 Reeta Chakrabarti on an MP, a musician, a chess player and a writer.

The MP Jo Cox , who was brutally killed in the street, after meeting local people in the West Yorkshire constituency she represented

The musician Dave Swarbrick, who found fame with the folk group Fairport Convention - and who celebrated the premature publication of his obituary by a newspaper, 17 years before his death.

The chess player Viktor Korchnoi, a grandmaster of the international circuit, who defected from the Soviet Union and whose career became enmeshed in Cold War politics.

And the showbiz writer Wendy Leigh, who produced racy celebrity biographies and steamy novels, and who had a long affair with the publishing tycoon Robert Maxwell. 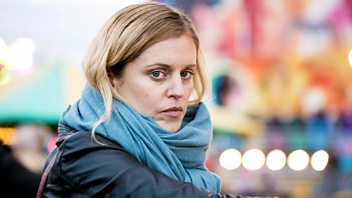 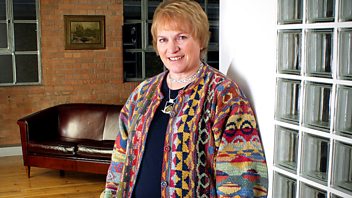 Patricia Cornwell is a writer. Her new novel Depraved Heart features medical examiner Kay Scarpetta who is working on a suspicious death scene when a story involving her niece Lucy demands her investigative skills. Patricia Cornwell has sold over 100 million books. She sold her first novel, Postmortem, while working as a computer analyst at the Office of the Chief Medical Examiner in Richmond, Virginia. Depraved Heart is published by Harper Collins.

Dame Jocelyn Bell Burnell is an astrophysicist and is visiting Professor of Astrophysics at Mansfield College, Oxford. This year she won the Women of the Year Lifetime Achievement Award. She is best known for discovering pulsars, one of the most significant scientific achievements of the 20th century. At the time she was a PhD student in radio astronomy at the University of Cambridge. Her supervisor Antony Hewish went on to win the 1974 Nobel Prize for Physics, sharing it with the head of the group, Martin Ryle.

Benedict Allen is an adventurer known for travelling to extremes without backup. He is the only person known to have crossed the Amazon Basin at its widest and completed the first documented journey of the length of the Namib Desert. He will be appearing at The Adventure Travel Show talking about his 3000 mile journey by horse and camel through Mongolia in the 1990s. The Adventure Travel Show is at London's Olympia.

Simon Nicol is a founding member of Fairport Convention, joining the band at its inception in 1967. After vocalists Sandy Denny and Iain Matthews left the band, Simon found himself taking a more prominent role on stage. During the 1970s, Simon took a four-year break from Fairport, rejoining in 1976. He has been the band's main guitarist and lead singer ever since. Fairport Convention is on tour from January.