Jessica Chastain, Ali Smith, Bob Copper at 100, the Art of the Self-Portrait 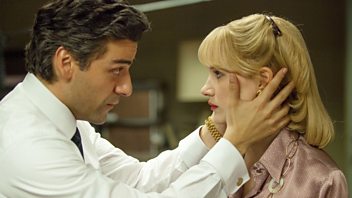 Oscar-nominated actress Jessica Chastain on A Most Violent Year, a review of self-portraiture, Costa Novel Award-winner Ali Smith, and a remembrance of folk legend Bob Copper.

Jessica Chastain on her new film A Most Violent Year, the lack of diversity in Hollywood, and how she feels about missing out on an Oscar nomination this time.

Ali Smith won this year's Costa Novel Award for How to be Both, a novel in two parts which can be read in either order. She tells John about the real painting that inspired the book. 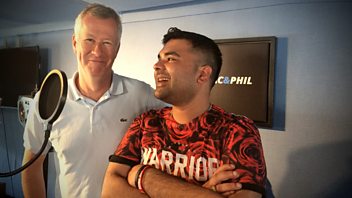 Naughty Boy discusses the BBC Asian Network Prom, the televised debates between Gore Vidal and William F Buckley in Best of Enemies, and Bellowhead at WOMAD. With John Wilson.

DJ, songwriter and producer Naughty Boy on the Late Night Prom that marks the 50th anniversary this year of Asian Programmes on the BBC.

Bellowhead, one of the UK's most successful folk bands, announced last month that they are going to split up after eleven years together. As they prepare to play at The WOMAD Festival, two of the band's original members, John Spiers and Jon Boden, reflect on more than a decade of music making and the state of contemporary folk music.

A new film documentary Best of Enemies charts the explosive series of televised debates between the liberal writer Gore Vidal and the conservative and Republican William F Buckley when they were broadcast during the 1968 Democratic and Republican conventions in the US. Guardian writer Jonathan Freedland reviews the film about the clashing egos and their mutual distrust and enmity.

And this year marks the 150th anniversary of the death of Elizabeth Gaskell. The Elizabeth Gaskell Collection at the John Rylands Library, Manchester University, has just been digitised. Archivist Fran Baker talks about the collection's treasures that can now be seen online. 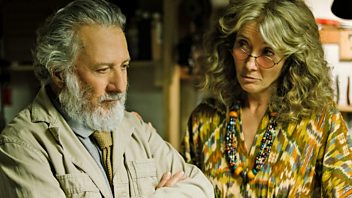 In his latest film, The Meyerowitz Stories (New and Selected), Dustin Hoffman plays an old, bitter, self obsessed sculptor, whose children from several marriages nonetheless crave his approval. He and the director, Noah Baumbach, discuss grumpiness, fatherhood and the nature of success with Kirsty Lang.

In St Ives the Tate is about to reopen with refurbished rooms rehung with wonderful work, by international artists - Rothko, Gabo, deKooning - and those working there who achieved such status - Hepworth, Lanyon, Wallis. The writer on art, Michael Bird, who lives in St Ives, follows the conversation between these works with the artistic director, Anne Barlow and curator Sara Matson. He has a preview, too, of Tate St Ives' beautiful new gallery, a feat of engineering years

in the making. It is cut into the hill, yet still illuminated with the natural light of St Ives that drew artists there to begin with.

Singer and multi-instrumentalist Jon Boden caused some consternation when he decided to leave Bellowhead, the 11 piece folk big-band that brought traditional music and sea shanties to Glastonbury, Later with Jools Holland and the London Palladium, and the group dissolved. He has just released a solo album, Afterglow. He performs live with a string trio and talks about this work which is very different from Bellowhead, a cycle of his own songs charting a fleeting romance in a ruined city.

And Annette Bening has her say about Harvey Weinstein.