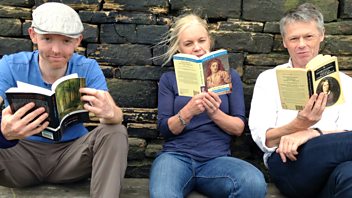 A ramble through northern moorland and the works inspired by it, from Bronte to Raisin.

A literary ramble through the Yorkshire moors and the work they have inspired, from the Brontes to Sylvia Plath. With authors Ross Raisin, Will Atkins and Professor John Bowen.

Mariella Frostrup takes a literal and literary ramble up Haworth Moor, in the Yorkshire Pennines, to discover the wild, dark and changeable landscape which inspired writers from the Bronte sisters to Ted Hughes and Sylvia Plath. Joined by John Bowen, Professor of 19th Century Literature at the University of York and Will Atkins, author of 'the Moor', she journeys to Top Withens, the supposed site upon which Wuthering Heights was based.

John Bowen talks about the sense of liberty that the moors provided for the Bronte sisters, whose personification of the landscape in their literary characters is crucial in their work. Will Atkins has travelled through most of the moorland in England and discusses the particular brooding quality of these northern moors, and their impact on authors who have passed through them. Author Ross Raisin tells Open Book why he chose his home territory, the North Yorkshire Moors, as the setting for his 2008 debut novel 'God's Own County', the book which won him the Times Young Writer of the Year Award and discusses the impact that growing up within an isolated landscape has had on his work. 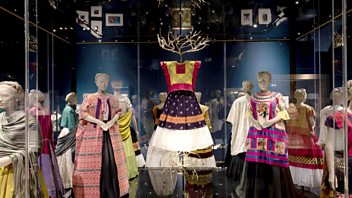 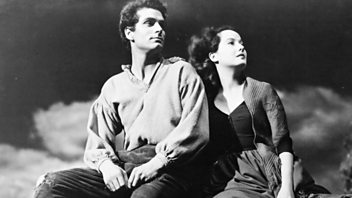 Melvyn Bragg and guests discuss Emily Bronte's story of Heathcliff and Cathy, of love, hatred, revenge and self-destruction across two generations in a remote moorland home.

In a programme first broadcast in 2017, Melvyn Bragg and guests discuss Emily Bronte (1818-1848) and her only novel, published in 1847 under the name 'Ellis Bell' just a year before her death. It is the story of Heathcliff, a foundling from Liverpool brought up in the Earnshaw family at the remote Wuthering Heights, high on the moors, who becomes close to the young Cathy Earnshaw but hears her say she can never marry him. He disappears and she marries his rival, Edgar Linton, of Thrushcross Grange even though she feels inextricably linked with Heathcliff, exclaiming to her maid 'I am Heathcliff!' On his return, Heathcliff steadily works through his revenge on all who he believes wronged him, and their relations. When Cathy dies, Heathcliff longs to be united with her in the grave. The raw passions and cruelty of the story unsettled Emily's sister Charlotte Bronte, whose novel Jane Eyre had been published shortly before, and who took pains to explain its roughness, jealousy and violence when introducing it to early readers. Over time, with its energy, imagination and scope, Wuthering Heights became celebrated as one of the great novels in English.

The image above is of Laurence Olivier as Heathcliff and Merle Oberon as Cathy on the set of the Samuel Goldwyn Company movie 'Wuthering Heights', circa 1939.

Professor of English Literature at the University of Oxford

Professor of Nineteenth Century Literature at the University of York

Lecturer in English Literature at the University of Aberdeen 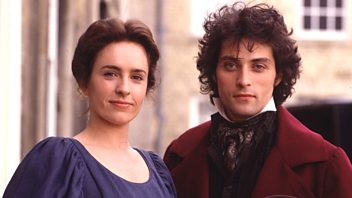 Melvyn Bragg and guests discuss George Eliot's Study of Provincial Life, set before the Reform Act 1832 in a small, fictional town in the Midlands surrounded by farmland.

Melvyn Bragg and guests discuss what Virginia Woolf called 'one of the few English novels written for grown-up people'. It was written by George Eliot, the pen name of Mary Anne Evans (1819-80), published in 8 parts in 1871-72, and was originally two separate stories which became woven together. One, 'Middlemarch', focused on a doctor, Tertius Lydgate and the other, 'Miss Brooke', on Dorothea Brooke who became the central figure in the finished work. The events are set in a small town in the Midlands, surrounded by farmland, leading up to the Reform Act 1832, and the novel explores the potential to change in matters of religion, social status, marriage and politics, and is particularly concerned with the opportunities available to women to lead fulfilling lives.

The image above shows Rufus Sewell and Juliet Aubrey in the BBC adaptation, from 1994

Professor of Life Writing at the University of East Anglia

Professor of Nineteenth-Century Literature at the University of York