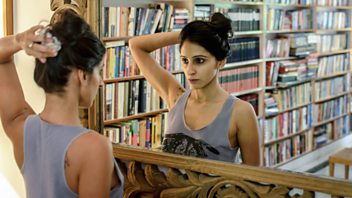 Jenni Murray talks to Deepti Kapoor about her debut novel A Bad Character.

Deepti Kapoor on her debut novel, how the Breakthrough Generations Study is helping scientists fight breast cancer, and is the internet the right place to discuss your sex life?

Deepti Kapoor talks about her first novel "A Bad Character." It's set in 21st century Delhi and offers an insight into what it means to be a middle-class woman who chooses to reject the security of an arranged marriage in a city that can intimidate single women.

Over the past twenty years considerable social, political and legal changes have taken place for the transgender community, after years of campaigning. Professor Sheila Jeffreys latest book claims that despite this progress, transgenderism illustrates another way in which stereotypical notions of 'gender' hurt people and societies.

Breakthrough Breast Cancer Generations Study spanning 40 years is celebrating its 10th anniversary. It's helping us understand why and how breast cancer develops and, in time, what steps we can take to prevent it . What's it discovered so far and what's it hope to achieve in the next 30 years.

Parenting sites can be great places for people to share advice and offer support - but are they the right place to openly discuss sexual issues ? Jenni looks at why some women confess intimate details online and ask whether graphic posts, such as ones about sex after birth and threesomes celebrate a woman's sexuality or reveal too much information.

Angela Merkel has been pictured wearing a colourful jacket that she has kept in her wardrobe for 18 years . Is she thrifty or is it just common sense to keep recycling the same outfits, regardless of whether you are in the public eye, or not? 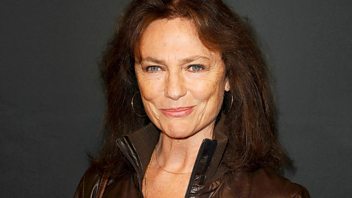 Emma Barnett presents highlights from the Woman's Hour week, including Jacqueline Bisset on her new film, the contraceptive pill's effect on mood swings, and sexual identity.

Jacqueline Bisset on her new film 'Welcome to New York' and some strong views on infidelity. Alice Roberts, author and broadcaster and Peter Greenhouse a consultant in sexual health discuss the effect of the contraceptive pill on mood and wellbeing.

Do we have to define ourselves as lesbian or straight? Two women talk about what prompted them to change their sexuality. England hooker Emma Croker on the Women's Rugby World Cup and playing after a caesarean. Laura Perrins and Ellie O-Hagan discuss the Women against Feminism movement.

Indian author Deepti Kapoor on her new novel 'A Bad Character'. We celebrate 100 years of the Brownies with Girlguiding's Chief Guide, Gill Slocombe and comic Susan Calman. And 89 year old theatre critic Blanche Marvin on the wonders of wearing the same items of clothing again and again.