Mudbound, Network, Javier Cercas, She's Got To Have It, North exhibition 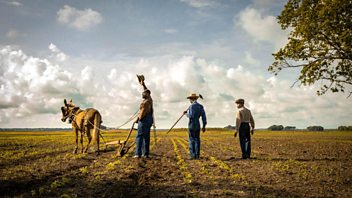 Mudbound, Network, Javier Cercas, She's Got To Have It (adapted for TV), North exhibition.

The week's cultural highlights. Mudbound, set in America's deep south; Network at The National; Javier Cercas's The Impostor; She's Got To Have It; and the North exhibition.

Mudbound, is a searing look at prejudice set in the Jim Crow deep south of the United States shortly after WW2

Network is a new production at The National Theatre in London. It's an adaptation of the 1976 Oscar-winning film about a TV anchorman who announces that he's "mad as hell and not going to take it anymore" which appalls then delights and ultimately infuriates his network bosses. It stars Bryan "Breaking Bad" Cranston as the newsreader who wigs out.

Javier Cercas's novel The Impostor tells the extraordinary tale of a Spanish man who falsely claimed to have been a survivor of Mauthausen concentration camp. Can we trust that anything in the story he tells of his life is true?

North: fashioning Identity, is an exhibition at Somerset House exploring contemporary artistic and stylistic representations of the north of England. 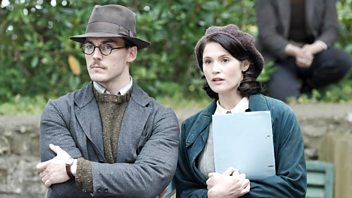 Their Finest, The Philanthropist, Lisa McInerny, Ashley Bickerton, The Hours on Radio 4.

Gemma Arterton and Bill Nighy star in in Their Finest; a new film about the vital role of movies in Britain during The War.

A revival of Christopher Hampton's 1970 play The Philanthropist has opened in London. It features a glittering array of actors best known for their TV work. How well do their skills transfer to the stage?

Lisa McInerny won The Bailey's Prize 's for her first novel The Glorious Heresies. Her latest, The Blood Miracles, continues that story with same characters many years older and a little wiser

Ashley Bickerton is a painter and sculptor whose work is much admired (and collected) by Damien Hirst, among others. A new exhibition at Hirst's Newport Gallery includes work from throughout Bickertion's career

Leave No Trace, Rip It Up, One For Sorrow, Tim Winton, Bedtime Stories For The End Of The World 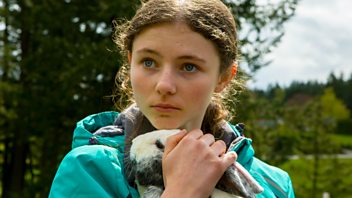 Leave No Trace, Rip It Up - Scottish pop, One For Sorrow, Tim Winton, Bedtime Stories.

Leave No Trace, Rip It Up - Scottish pop at the National Museum of Scotland, One For Sorrow at the Royal Court Theatre, Tim Winton: The Shepherd's Hut, and Bedtime Stories.

Leave No Trace is a film about love and survival. A father and daughter living in idyllic remote Oregon woodlands come up against authorities who decide their life can't continue as it has done . Directed by Debra Granik (Winter's Bone)

The story of the evolution of Scotland's pop music scene is told in a new exhibition; Rip It Up at The National Museum of Scotland in Edinburgh.

One For Sorrow is a new play at London's Royal Court Theatre by Cordelia Lynn, about a family who invite a stranger into their home following a terrorist attack

A new podcast - Bedtime Stories For The End Of The World - invites some of the UK's top poets to re-tell some of their favourite myths, fairytales and legends.

Panellists are Patrice Lawrence, Emma Jane Unsworth and Peter Ross. Presented by Anne Mcelvoy of The Economist. The producer is Oliver Jones. 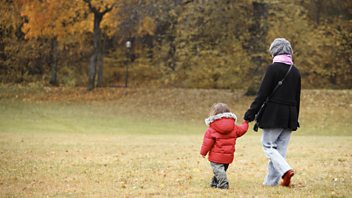 Our series on loneliness continues as we find out why parenthood can be an isolating experience and how it changes as your children grow up. Conceptual artist Barbara Kruger talks how she combines bold slogans, text and image to investigate the dynamics of power in popular culture. Cook The Perfect falafel and tabule salad with Honey & Co; Authors Zoe Pilger and Emma Jane Unsworth are writing about literary bad girls. What is the attraction of female anti-heroines? The numbers of women taking up archery has increased. Anna Bailey went to meet the members of the Aquarius Archery Club in London as they met for their weekly coaching session. 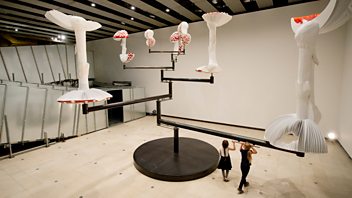 London Road is a film of the groundbreaking musical play. Directed by Rufus Norris, it tells the story of a community in Ipswich recovering from a series of gruesome murders.

Channel 4's The Tribe is applying the techniques usually used in programmes such as 24 Hours in A+E to a tribe in rural Ethiopia - lots of cameras, lots of microphones and unique access to a largely hitherto unknown community.

A retrospective exhibition of the work of Belgian artist Carsten Holler has opened at The Hayward Gallery in London. His work is characterised by playful interactivity - will it impress or delight our reviewers?