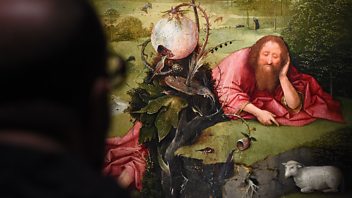 A look at the biggest Hieronymus Bosch exhibition ever and OJ Simpson's trial as a drama.

The week's cultural highlights, including the biggest Hieronymus Bosch exhibition ever, OJ Simpson's trial as a TV drama and Ian McGuire's North Water.

The biggest Hieronymus Bosch exhibition ever has just opened in Holland. 500 years after his death, Noordbrabants Museum has gathered together the largest collection of his bizarre, extraordinary work

OJ Simpson's 1994 trial has been turned into a US TV drama. Does it have something new to show or say?

Ian McGuire's North Water has garnered positive reviews from the likes of Hilary Mantel and Martin Amis. It's a whodunnit set on board an 18th century whaling ship. "A version of Captain Ahab (if you squint a little) meets a version of Sherlock Holmes"

Battlefield at The Young Vic is Peter Brook's distillation of his magnum opus Mahabarata. A few short tales which deal with life an immense canvas in miniature 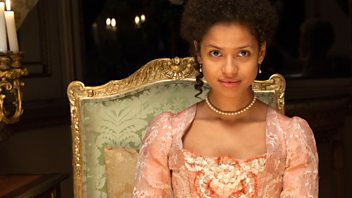 Historian and broadcaster Amanda Vickery gives her verdict on the film Belle, set in the eighteenth century, which tells the true story of the illegitimate daughter of a British naval officer and a slave, who was brought up by her great uncle in Georgian London.

Bafta award-winner Roger Graef has been making documentaries for fifty years. A pioneer of "fly-on-the-wall" formats and films made in closed institutions such as prisons, police stations and government ministries, Roger has just been given a Lifetime Achievement Award at the Sheffield DocFest. He joins Kirsty to discuss his work - and to give his predictions for the future of documentary-making.

Dazzle Ships were used in the First World War to confuse the enemy. A variety of British ships were painted in bright, colourful patterns to disorientate and confuse German sailors trying to judge the vessels' speed and direction. As two new Dazzle Ships are created in the UK, Front Row hears from the project curator and a naval historian.

Tom Rachman's first novel, The Imperfectionists, about a failing newspaper received rave reviews. His second novel The Rise & Fall of Great Powers, starts off in failing bookshop. He talks to Kirsty about why he thinks books, if not newspapers, will survive the digital future. 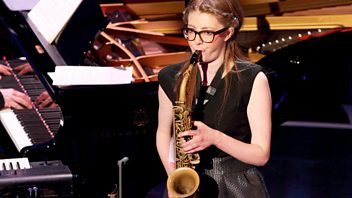 Jess Gillam - saxophonist and BBC Young Musician finalist, highlights of the 70th birthday programme, and how life has changed for women at home and work since the programme began.

Jess Gillam made history as the first ever saxophonist to win the Woodwind Final of BBC Young Musician of the Year 2016. She'll be part of of WHYdentity the BBC Concert Orchestra Young Programmers Takeover at the Royal Festival Hall next weekend. She performs live in the studio.

As it's announced that 21 of the 250 girls abducted more than two years ago in Northern Nigeria have been released, Theresa Ikoko discusses her play 'Girls' telling the story of a friendship between three young women who are abducted by a militant group.

Highlights from our 70th Anniversary Programme and the results of a poll specially commissioned to find out about UK women's lives in 2016.

The Bad Sex Award has been running since 1983. Founded by the Literary Review, it honours the author who's written the worst sex scenes of the year. Alice Leveen and Lisa Moylett discuss if we need a Good Sex Award.

French cook Eugenie Brazier gave her name to La Mère Brazier - once the most famous restaurant in France. Food writer Drew Smithk tells us why he thinks her food started modern French gastronomy.Plus should you be allowed longer maternity leave if your baby is premature. And Author Professor Emma Tarlo talks about the trade in human hair that's become a billion dollar industry. 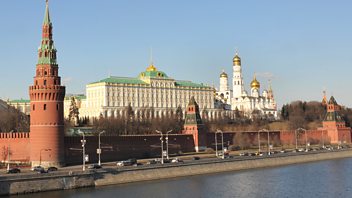 On Start the Week Andrew Marr looks at Russia from the heyday of the Soviet Empire to its transformation under Putin. The historian Simon Sebag Montefiore writes about the Romanovs, the most successful dynasty of modern times, while Amanda Vickery highlights a moment of defiance and triumph during WW2's siege of Leningrad. The journalist Arkady Ostrovsky charts the huge changes that have taken place, from Perestroika to corporate state. And David Aaronovitch explores the emotional pull of communism in Britain through the story of his family and their ties to The Party. 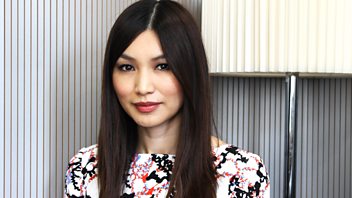 Gemma Chan on her role in Humans, and celebrating the life of Marguerite Patten.

Gemma Chan on her role in Humans, celebrating the life of Marguerite Patten, helping vulnerable girls avoid prison, Eliza Kennedy on her novel I Take You, and Souad Massi sings.

Gemma Chan on her role as a robot in Channel 4's new series, Humans. We celebrate the life of Marguerite Patten the home economist and one of the earliest celebrity chefs.

Are women who drink to excess more harshly judged than men? Sally Marlow and Lucy Rocca discuss. Eliza Kennedy talks about her new novel, I Take You, which explores monogamy, female sexuality and the realities of happily ever after.

Juliet Lyon of the Prison Reform Trust and Lin Hinnigan from the Youth Justice Board talk about support for vulnerable young women in the care system so they can avoid prison.

Historian, Amanda Vickery on Lat Traviata. Should infertility be discussed as part of Sex and Relationships Education? And we have music from one of the most successful female singer songwriters in the Arabic speaking world - Souad Massi. 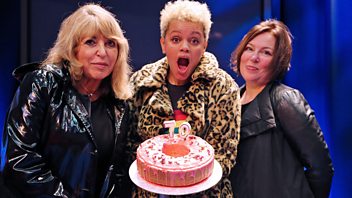 Woman's Hour celebrates its 70th birthday with a live audience. Presenters Jenni and Jane are joined by Bake-Off star Nadiya Hussain, historian Amanda Vickery, journalist Eve Pollard and Radio 1 presenter Gemma Cairney. The panel discuss the results of a poll specially commissioned to find out about UK women's lives in 2016. How has life changed for women at home and at work from 1946 to the present day?

Jenni talks to Gemma Chan about Humans and 100 years of the Women's Institute.

Jenni Murray talks to Gemma Chan about Humans, the WI at 100, Amanda Vickery discusses La Traviata, Ginny Mancini on Moon River, and who are the women who influence what we eat?

Gemma Chan talks about her role in the new Channel 4 series Humans.

As the Women's Institute reaches its centenary, we hear about the its remarkable history.

Amanda Vickery discusses why the women of Victorian London were so fascinated with Verdi's La Traviata.

And, Woman's Hour 2015 Power List: Influencers: We hear about the women who influence what we eat. 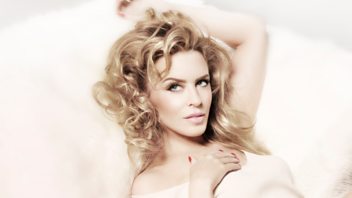 Arts news with John Wilson, including Kylie Minogue on her career and her new album.

Kylie Minogue on her career and her new album; Amanda Vickery on William Kent, leading designer of Georgian Britain; actor Jack O'Connell and writer Jonathan Asser on Starred Up.

Kylie Minogue has achieved record sales of around 70 million, and received multiple awards including a Grammy. She discusses 26 years in the music industry, her new album Kiss Me Once - which features collaborations with artists including Pharrell Williams, and the possibility of Kylie The Musical.

William Kent was an 18th century polymath, an architect, designer, sculptor, artist and landscape gardener. In the years after the act of union with Scotland (1707) and the accession of the Hanoverian Royal Family (1714) Britain redefined itself as a new nation - and Kent played a dominant role in the aesthetic of the Georgian era. A new exhibition at the V&A examines Kent's life and works, demonstrating his transformative effect on the nation's taste - from Whitehall (he designed Horse Guards and the Treasury), to grand country estates, fashion and furniture. Amanda Vickery reviews.

"Starred up" is the process by which difficult young offenders are moved early to adult prisons. Writer and former prison counsellor Jonathan Asser, and actor Jack O'Connell, talk to John about the film, Starred Up - which Jonathan has written and which stars Jack as Eric, a troubled young prisoner who finds himself moved into the same prison as his own father.

When the old Parliament building burned down in 1834, JMW Turner was one of those who went to watch. He produced two oil paintings and a series of watercolour sketches - or so everyone thought. However, new research has revealed that the watercolour sketches are actually of a fire at the Tower Of London, instead. John visits Tate Britain, where David Brown, Turner Curator, explains how this news will change things.