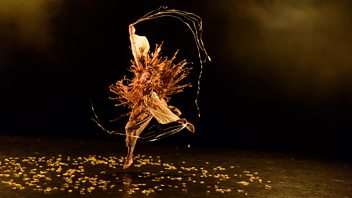 Programme that offers a female perspective on the world. Poet laureate Carol Ann Duffy on retelling the dark tale of Rumpelstiltskin.

How women are being helped to talk to their children if they have concerns about radicalisation or grooming. Sofia Mahmood director of an organisation called 'Empowering Minds' gives advice and support to groups in the community. Reporter Catherine Carr meets some of the women on a four-week course in Bradford.

Are comedy panel shows doing enough to represent funny women? Three years ago the BBC said broadcasting a programme without a woman was not acceptable - but is one woman enough? Why are there still so few female comedians on our screens? Lecturer in comedy writing and performance at Salford University Lisa Moore who wants a 50/50 gender split on all panel shows and comedian Tiff Stevenson discuss. 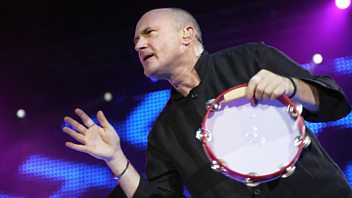 Phil Collins discusses his new memoir Not Dead Yet; Poets Laureate Carol Ann Duffy and Gillian Clarke on their anthology of 'essential poems'; Patrick Ness on Doctor Who.

As Phil Collins announces his return to the stage for his first live dates in 10 years, the former Genesis frontman discusses that and his new memoir Not Dead Yet.

Two laureates, Gillian Clarke, who was the National Poet of Wales, and Carol Ann Duffy, talk about The Map and the Clock, their new anthology that moves through 14 centuries, several languages and all over these islands, to present their choice of the poetry of Britain and Ireland.

Writer Patrick Ness is best known for his Carnegie-winning novels for young adults, including Monsters of Men and A Monster Calls. He discusses his first foray into television with Class, a new BBC spin-off of Doctor Who which sees a group of students try to save their school from attack. 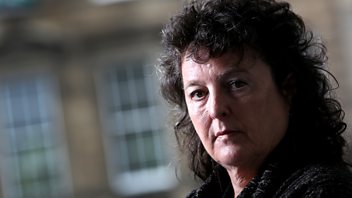 Arts news with John Wilson, including three poets laureate and a review of The Widower.

The poets laureate of the UK, Scotland, Wales, Northern Ireland and Ireland will share a stage for the first time this Friday. All the poets laureate are women - and this has never happened before in the history of the laureateships. Carol Ann Duffy, Gillian Clarke and Liz Lochhead discuss their roles as national poets and talk about reflecting a nation in verse.

Reece Shearsmith (Psychoville, The League Of Gentlemen) swaps surreal dark comedy for factual drama in The Widower. Based on the crimes of convicted murderer, Malcolm Webster, the three part series charts the events that led to a charming male nurse systematically attempting to murder more than one wife. Chris Dunkley reviews.

Elizabeth McGovern discusses performing with her band, Sadie And The Hotheads. Best-known for playing Cora, the Countess of Grantham, on Downton Abbey, McGovern currently switches between filming Downton Abbey in the day, and performing on stage with The Hotheads at night. She talks about song-writing and how everyday experiences have inspired her songs.

Director Jamie Lloyd talks to John on the set of his latest musical. With The Commitments already in London's West End, Jamie discusses taking on the oddly titled and unexpected Broadway hit, Urinetown. He also talks about his fast-paced and sometimes bloody style, working with Harold Pinter, and plans to bring the film Back To The Future to the stage. 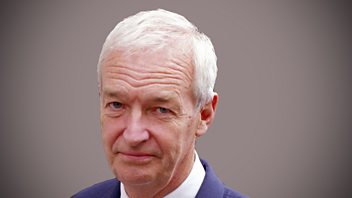 Journalist Jon Snow joins Aasmah Mir and Richard Coles to discuss 25 years of being the face of Channel 4 News.

Also on the programme, Luke Simon was living in Thailand when the 2004 Tsunami struck. He lost his brother when the low lying island of Ko Phi Phi was subsumed by sea water. He tells us how life has moved on, about the power of sibling relationships and the charity he set up in his brother's name. The Oscar-winning song Let It Go (from the animated film Frozen) has captivated millions worldwide. It has already been translated into 41 foreign-language versions but not Welsh. 14 yr old Rebekah West set about righting that wrong. And in this season of goodwill we meet a man who was inspired to carry out one good deed a day for 2014. After losing a close family friend, Luke Cameron has spent the last year helping others which has inspired him to move away from a career in fashion to working for a charity.

We also hear from some of the cast of RSC's 'The Christmas Truce' on the football coaching they received from Aston Villa's Sean Verity as they re-enact the infamous Christmas Day football match between the Allies and the Germans. Plus the inheritance tracks of Alan Johnson MP, a Christmas Cracker from Miranda Hart and Poet Laureate Carol Ann Duffy gives us taster of her Christmas Poem.