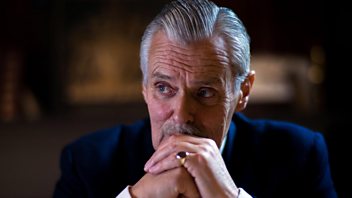 The actor Simon Williams got his big break playing James Bellamy in the period drama Upstairs, Downstairs. He is currently starring as Justin Elliott in the BBC Radio 4 series the Archers and a mysterious property developer - known as "the chairman" - in East Enders on BBC One. He is performing in Posting Letters to the Moon with his wife, the actress Lucy Fleming in which the couple read the wartime letters between Lucy's parents Celia Johnson and her husband Peter Fleming. Posting Letters to the Moon is at the Jermyn Street Theatre on November 19th.

Heather Small is a singer and songwriter, best known for her work with the soul band M People who came to attention with hits including Moving on Up, One Night in Heaven and Search for the Hero. Now a solo performer, Heather is a former contestant on the BBC One series Strictly Come Dancing. Heather Small is on tour in 2018.

Marina Gibson is a passionate angler and fishing instructor who started trout fishing at the age of 5. Her fishing trips have taken her around the world - she has cast her line for trout in Norway and for milkfish, bonefish and triggerfish on Christmas Island in the Indian Ocean.

John Higgs is a writer. In his new book Watling Street he takes a journey along Watling Street, from Dover to Anglesey - a road of witches and ghosts, of queens and highwaymen, of history and myth and Chaucer and Dickens. Watling Street - Travels through Britain and its Ever-Present Past is published by Weidenfeld & Nicholson.

Also on the programme DJ and filmmaker Don Letts reveals his Inheritance Tracks. 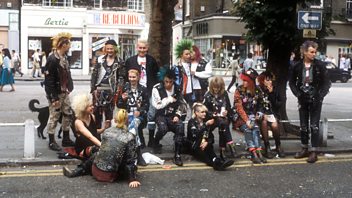 40 years on from the release of Anarchy in the UK, what is the legacy of punk?

40 years on from Anarchy in the UK, what is the legacy of punk? Do grime artists, queer drag, and riot grrrl bands exist because of punk's inclusivity and attitude?

Musician, filmmaker and DJ, Don Letts has curated a season of films about punk for the British Film Institute, in London. He explains how Punk on Film brings together a broad range of documentary, archive footage and feature films that draw attention to the diversity of the punk movement, its lineage, and influence today.

A significant aspect of punk was that allowed women to defy the music industry's notions of beauty and sex appeal. Women became performers in their own right, wrote their own songs, played their own instruments, and even became the main protagonist of movies about the music industry - such as Hazel O'Connor in Breaking Glass. We hear about the role of women in punk from Hazel O'Connor, vocalist and guitarist Jess Allanic, and Dr Helen Reddington.

Photographers George Quann-Barnett and Marco Grey - from Wot Do You Call It - and Olivia Rose discuss the importance of documenting the grime scene, which they argue is the most unique and significant music subculture to explode in Britain since punk.

Plus Scottee, an artist who describes himself as "fat and working class, with a penchant for ladies clothes", argues that queer drag and performers like Bourgeois & Maurice and Jonny Woo - with their kitten heels, bondage outfits and 'attitude' - are the punks of today.