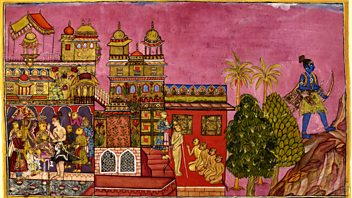 Stephanie Flanders talks to the Canadian poet Anne Carson about updating a three thousand year old myth, in which the red winged monster becomes a moody teenage boy. Daljit Nagra takes inspiration from poets across Asia for his own version of the ancient text, Ramayana. The sins of the father are revisited in Richard Eyre's version of Ibsen's Ghosts. And Celtic Europe is the setting for Graham Robb's latest journey, as he uncovers a lost map which reveals hidden meanings in an ancient civilisation. 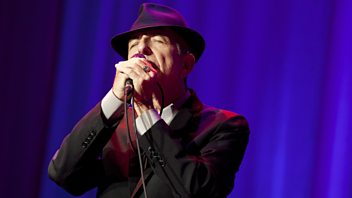 A rare interview with the singer-songwriter Leonard Cohen, whose death was announced today

With news of the death of Leonard Cohen at the age of 82, we broadcast a rare interview the singer-songwriter did with Front Row in 2007, on a visit to Manchester for the opening of an exhibition of his art.

To mark Armistice Day, Michael Nunn and William Trevitt, artistic directors of the all-male dance troupe BalletBoyz, discuss Young Men, the film of their stage production which explores the soldiers' experience of the First World War, and why they felt it was important to shoot the film in the cold, rain and mud on location in northern France.

And poetry from the battlefield. When we use the term 'war poet' we immediately think of WWI but what about verse inspired by more recent conflict? How do contemporary war poets compare to the likes of Wilfred Owen, Siegfried Sassoon, Rupert Brooke and Isaac Rosenberg? American Iraq War veteran and poet Kevin Powers, and Radio 4's poet-in-residence Daljit Nagra, discuss modern war poetry. 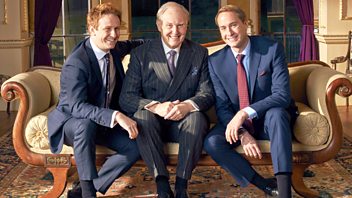 The TV adaptation of a controversial play about the Windsors; the Pink Floyd retrospective

We talk to writer, director and actor from the TV adaptation of a controversial play about the Windsors; and the curator of a Pink Floyd retrospective shows us flying pigs.

Radio 4's Poet in Residence Daljit Nagra begins the first in series of appearances where he takes us through what currently interests and inspires him from the world of poetry.

After the success of the David Bowie exhibition The Victoria & Albert Museum in London has mounted another rock based show, this time on the long and varied career of Pink Floyd. The curator Victoria Broakes shows Emma round exhibits that range from psychedelia to synthesisers via flying pigs. 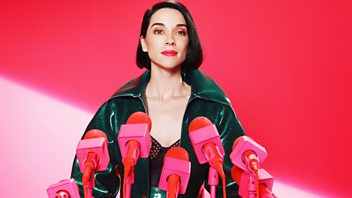 Andrew Michael Hurley's debut novel The Loney was a runaway success, winning the 2015 Costa Book Award in the First Novel category. The author discusses his follow-up, Devil's Day, which like The Loney is a gothic horror story set in Lancashire.

The Tin Drum by Nobel Laureate Günter Grass centres on Oskar, who refuses to grow from the age of 3 and has a voice that can shatter glass. The Cornwall-based theatre company Kneehigh have adapted the story for the stage and is currently touring the UK. Writer and broadcaster Paul Allen reviews. 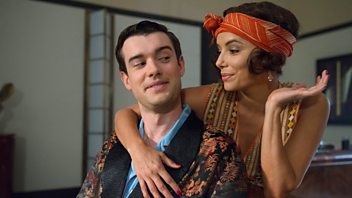 A new adaptation of Evelyn Waugh's Decline and Fall, and the poetry of Adrian Mole.

As a new TV adaptation is aired, Front Row discusses Evelyn Waugh's Decline and Fall; Adrian Mole at 50 - a look at his poetry; Hollie McNish on her play about women in football.

As Evelyn Waugh's classic first novel Decline and Fall has been made into a new BBC television series starring Jack Whitehall, we speak to its adapter James Wood and literary critic Suzi Feay and discuss how Waugh's distinctive but potentially offensive brand of satire plays for a modern audience.

Sunday 2 April 2017 is the 50th birthday of Adrian Mole, diarist, poet and would be novelist. In 1982 Leicester-born Sue Townsend took the publishing world by storm with her first book, The Secret Diary of Adrian Mole Aged 13 3/4 and became the best-selling author of the 1980s, with follow up volumes until her death in 2014. Adrian's poems are now published together in one volume, Adrian Mole the Collected Poems. Radio 4's Poet in Residence Daljit Nagra reads and discusses them with Stig.

A new touring play Offside focuses on the beautiful game and puts women centre stage. Poet Hollie McNish, who co-wrote the play, joins director Caroline Bryant to discuss their depiction of women, football, race, sexuality, and the politics of the sport across the centuries.

This year Australian artist Patricia Piccinini drew bigger crowds that any contemporary artist worldwide. While the Tate Modern in London remains the most popular modern and contemporary art museum in the world. Facts revealed this week as The Art Newspaper publishes its annual museum and exhibitions visitor surveys. Javier Pes, the papers' editor in chief, talks us through the results. 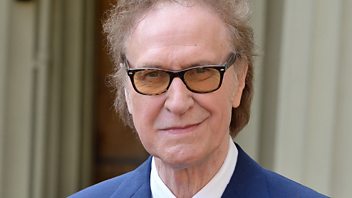 From the Kinks to Americana; Dreda Say Mitchell on Guerrilla; poets respond to The Odyssey

From the Kinks to Americana, Ray Davies on his new album; Dreda Say Mitchell on Guerrilla; Daljit Nagra reads his response to The Odyssey; Matthew Collings on the Hirst exhibition.

Ray Davies is best known as frontman to the Kinks, a quintessentially English band, yet it is America which is at the heart of his most recent project. He talks to us about his first solo album in a decade, Americana, an ambivalent yet deeply personal homage to the country which has inspired him, banned him and almost killed him.

The Odyssey Project is a new Radio 4 series which sees ten poets offer contemporary poetic responses to Homer's The Odyssey. Poet in Residence, Daljit Nagra reads his own poem and discusses the process of curating the project.

This weekend saw the opening in Venice of Damien Hirst's new exhibition Treasures from the Wreck of the Unbelievable, which the artist claims cost millions of pounds of his own money. The exhibition, reportedly 10 years in the making, has divided critics. Matthew Collings gives his response. 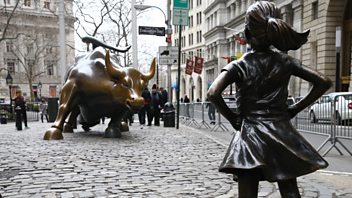 Cornelia Parker on being the official election artist, and the Fearless Girl controversy.

Fearless Girl, a 130cm bronze statue of a young girl in New York's financial district, is at the centre of a fierce debate about public art, corporate power, and feminism. New York-based arts journalist David D'Arcy reports from the city.

Now that the results are in, the official artist of the 2017 general election, Cornelia Parker RA, discusses documenting the 10-week campaign and the finished artwork she'll be creating for the parliamentary art collection.

The leading American tenor Lawrence Brownlee talks about singing as fast and sweepingly as a jazz sax solo, and delivering jive talk in grand classical style, in the European premiere of the opera Charlie Parker's Yardbird.

Radio 4's Poet in Residence, Daljit Nagra, discusses the work of poet and novelist Helen Dunmore, who died on Monday, and responds to Hold Out Your Arms, her final poem written just two weeks ago. 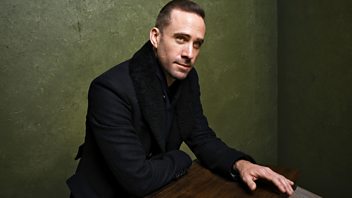 Joseph Fiennes on the Handmaid's Tale. Plus a new exhibition about Wyndham Lewis.

Joseph Fiennes on the Handmaid's Tale. Plus poet Daljit Nagra, a new exhibition on Wyndham Lewis, and mezzo-soprano Catriona Morison, winner of BBC Cardiff Singer of the World.

Joseph Fiennes joins Kirsty to discuss his role of the Commander in the sinister television adaptation the Handmaid's Tale currently on Channel 4.

Daljit Nagra, Radio 4's poet in residence, reads a new poem commissioned for the summer solstice. Plus he discusses British Museum, his third volume of poetry which marks a significant departure of style.

One hundred years since Wyndham Lewis was first commissioned as an official war artist in 1917, a major retrospective at Imperial War Museum North tells the story of the controversial and radical British artist. The exhibition's curator Richard Slocombe joins Kirsty to discuss.

Scottish mezzo-soprano Catriona Morison has been awarded the 2017 BBC Cardiff Singer of the World title. Already a surprise finalist, she was the judges' choice as their wildcard entrant to compete in the final, she is also the first British winner of BBC Cardiff Singer of the World. She speaks to Kirsty from Germany where she is currently based as an ensemble member of Wuppertal Opera. 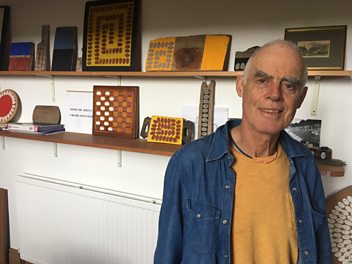 Artist Richard Long on A Line Made by Walking; measuring the quality of art paid for by the public; Stella Duffy nominates her Queer Icon; Daljit Nagra on Liu Xiaobo's poetry.

It's 50 years this summer since the artist Richard Long took steps across a Wiltshire field to create A Line Made By Walking, now regarded as a classic piece of conceptual art. John meets him in a rare interview in his studio near Bristol.

Theatre director Marcus Romer and former arts funder and marketing consultant Roger Tomlinson discuss the holy grail of arts funding bodies: how to measure the quality of art that the public is paying for.

And Radio 4's Poet in Residence, Daljit Nagra, comes in to tell us about the poetry of Chinese dissident and Nobel Peace laureate Liu Xiaobo, who died earlier this month. 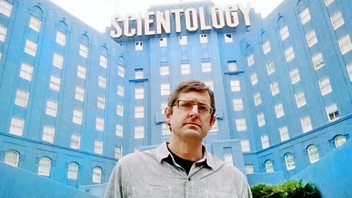 To celebrate National Poetry Day, PJ Harvey, Daljit Nagra and Holly McNish will each be introducing and reading a new poem each for Front Row.

Sara Lloyd from the Welsh-language National Theatre Wales, Theatr Genedlaethol Cymru, and Thomas Cloarec from Breton company Teatr Piba discuss their collaboration on a new play. Merch yr Eog (The Salmon's Daughter) is performed in Welsh, Breton, French and Creole and translated for the audience through a smartphone app.