Planet of the Dead 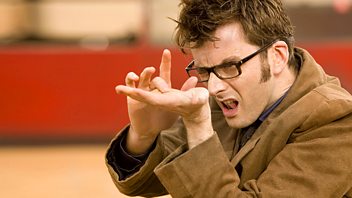 A London bus takes a detour to an alien world, but can the Doctor defeat the Swarm? 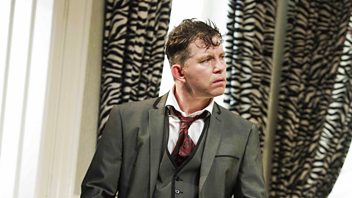 John Wilson with news of the shortlist for the Man Booker Prize for fiction.

Arts news with John Wilson, including comedian Lee Evans on his return to the theatre in Essex, new film White House Down, and the shortlist for the Man Booker Prize for fiction.

Comedian Lee Evans returns to stage in Barking in Essex, the last play written by screenwriter Clive Exton (Entertaining Mr Sloane, 10 Rillington Place, Jeeves and Wooster) before his death in 2007. The play centres on a dysfunctional criminal family from Essex and co-stars Sheila Hancock and Keeley Hawes. Lee Evans discusses swearing, Samuel Beckett, and the plumber providing inspiration for his forthcoming tour.

Roland Emmerich, director of disaster movies Independence Day and The Day After Tomorrow, is about to release his latest, White House Down, in which a heavily-armed group of paramilitary invaders target the President of the United States. Kate Muir reviews.

The shortlist for the Man Booker Prize for fiction was announced today. Contenders for the £50,000 prize are Jim Crace, Colm Toibin, Eleanor Catton, Jhumpa Lahiri, NoViolet Bulawayo and Ruth Ozeki. Chair of judges Robert Macfarlane and judge Natalie Haynes discuss their selection. The winner is announced on 15 October.