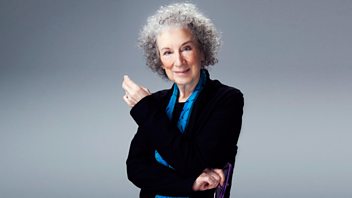 With novelist Margaret Atwood, exploring the history of mankind and an exhibition on Celts

Rana Mitter presents. With Margaret Atwood on her new novel, Professor Yuval Harari exploring the history of mankind and a review of a British Museum exhibition about Celts.

Margaret Atwood's new novel imagines the future of sexual desire in a social experiment. Professors Yuval Harari and Barry Cunliffe explore the long history of mankind. And Rana Mitter visits the new exhibition about Celts at the British Museum and discusses it with historian and author Dr Janina Ramirez and Professor Barry Cunliffe.

Yuval Harari's book Sapiens is out in paperback.

Barry Cunliffe has written By Steppe, Desert and Ocean: The Birth of Eurasia 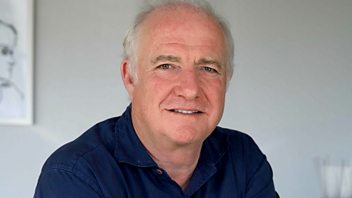 Richard Coles and Anita Anand with chef and restaurateur Rick Stein who tells of the ups and downs of his life, the Inheritance Tracks of Canadian author Margaret Atwood and traveller Tim Cope's tales of his journey on the trail of Genghis Khan. Teacher Guy Tarrant talks about the items that teachers have confiscated from pupils and Steve Rodgers, a fourth generation fisherman from Devon, joins Richard and Anita with his personal recollections of life on the sea and the future of fishing and we hear the latest on Fynnjan Leach-Verhoeven the boy with Aspergers who has made a Christmas single. 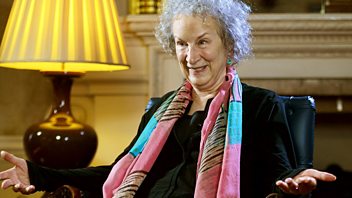 Anne McElvoy talks to celebrated Canadian novelist Margaret Atwood whose latest novel MaddAddam completes her dystopian trilogy that began a decade ago with Oryx and Crake and continued six years later with The Year of the Flood. 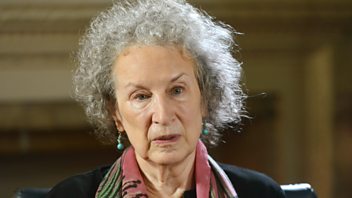 It's 100 years since Freud published his seminal paper The Unconscious. Rana Mitter and guests New Generation Thinker Shahidha Bari, psychotherapist Mark Vernon and Dr Suzanne O'Sullivan - author of It's All in Your Head - discuss the role notions of the unconscious have played in psychology and culture ever since.

Margaret Atwood is the author of books including Stone Mattress and the MaddAddam trilogy.

MJ McGrath's novels include The Bone Seeker, White Heat and The Boy In The Snow.

Margaret Atwood, Emily Blunt, You, Me and the Apocalypse, Reading Europe 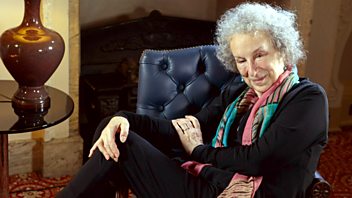 Arts news with Kirsty Lang, including Margaret Atwood on her new novel, Emily Blunt on playing an FBI agent, TV satire You, Me and the Apocalypse, and German author Sascha Arango.

Margaret Atwood discusses her new novel The Heart Goes Last. Set in the near future, the plot follows a couple who sign up for a new utopian community to escape the world of toxic debt, homelessness and violence. But all is not quite what it seems in the picture perfect town of Consilience where the townsfolk take turns playing prisoners and civilians.

Actress Emily Blunt talks to Kirsty about her latest role as FBI agent Kate Macer in drug cartel film Sicario. She discusses training with FBI agents to research the role and the position of women in Hollywood action blockbusters.

Sky's new comedy drama, You, Me and the Apocalypse, imagines the world on the brink of disaster as a meteorite hurtles towards earth, threatening to wipe out the human race. The British and American cast includes Rob Lowe as a foul mouthed Priest and Pauline Quirke. Natalie Haynes reviews.

Radio 4's Reading Europe season continues with contemporary literature from Germany. Award-winning German screenwriter Sascha Arango discusses his first novel, The Truth and Other Lies, a dark thriller which has become a best-seller in Germany and has been published in twenty five countries.

Claudia Rankine has won the Forward Prize for poetry for her latest collection, she reads one of the poems from Citizen: An American Lyric.

The Tempest Reimagined, with Margaret Atwood and Harriet Walter 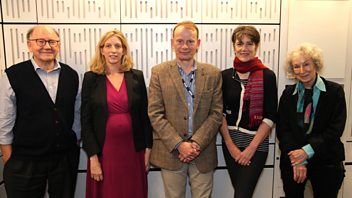 On Start the Week Andrew Marr talks to the writer Margaret Atwood and the actor Harriet Walter about updating Shakespeare's The Tempest. Revenge is served cold in a men's prison for the former, while the latter reveals how she takes on the great Shakespearean roles in the setting of a women's prison. While Shakespeare was being performed in sixteenth century England, the artist Caravaggio was revolutionising painting on the Continent. The curator Letizia Treves explains how his intense naturalism and dramatic lighting influenced his contemporaries. Whilst little detail is known about Shakespeare's life, Caravaggio's colourful behaviour is writ large: the writer Richard Holmes reflects on the role of the biographer and asks whether a controversial reputation overshadows the art. 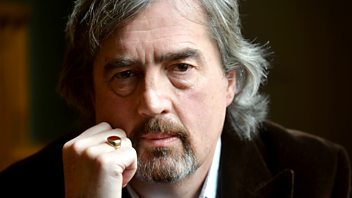 Sebastian Barry on his new novel Days Without End.

News and features from the world of books, presented by Mariella Frostrup. Sebastian Barry on his new novel Days Without End.

As part of the BBC's #lovetoread season Open Book explores writing across the generations: in 2012 award winning novelist Margaret Atwood agreed to mentor relative newcomer, Naomi Alderman. Over the last four years they've developed a close and fruitful friendship. As Naomi publishes the book she wrote during this time - The Power - they talk to Open Book about how they work, and write, and travel together. 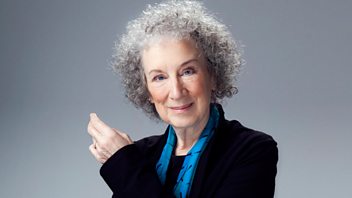 As Start the Week returns to Radio 4, Tom Sutcliffe talks to Margaret Atwood about her vision of the future. In the last of a trilogy of dystopian novels, Atwood charts the fortunes of a group of survivors after a man-made plague has devastated the world. There's more man-made corruption and savagery in Vicky Featherstone's first production as the new Artistic Director of the Royal Court Theatre: The Ritual Slaughter of Gorge Mastromas is a dark morality tale. But the philosopher A C Grayling goes back to the Greeks to explore the best of humanity - friendship. 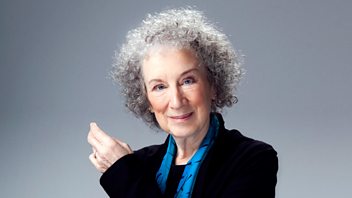 Canadian writer Margaret Atwood discusses Stone Mattress, her new collection of nine short stories. Flamenco guitarist Paco Peña tells Samira Ahmed about his latest work Patrias which is being performed at the Edinburgh International Festival, inspired by the writer Federico García Lorca who was murdered at the beginning of the Spanish Civil War. Shahidha Bari reviews new film Obvious Child, about a comedienne who faces some challenging realities when she discovers she's pregnant. And artist Michael Sailstorfer on his interactive work at the Folkestone Triennial. 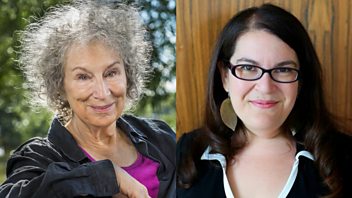 Authors Margaret Atwood and Naomi Alderman are in conversation with Philip Dodd.

Authors Margaret Atwood and Naomi Alderman are in conversation with Philip Dodd as part of a week of broadcasts marking the 2016 London Literature Festival at Southbank Centre.

Margaret Atwood and Naomi Alderman share an interest in science fiction, the role of women and the power of fiction. They are in conversation with Philip Dodd as part of a week of Free Thinking broadcasts tying into this year's London Literature Festival at Southbank Centre, London and its theme of Living in Future Times.

Margaret Atwood's new novel Hag-Seed is a re-imagining of Shakespeare's The Tempest. She is also being awarded this year's Pen Pinter Prize.

Naomi Alderman's new novel The Power will be published at the end of October. It imagines a world where women are endowed with an automatic power to hurt. 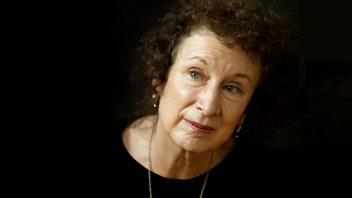 Sue Lawley's castaway this week is the writer Margaret Atwood. Born just after the outbreak of the Second World War, Margaret Atwood spent much of her childhood in the Canadian outback where her father's work involved studying insects. She grew up mostly without television, cinema, mains electricity or even a proper road to civilisation. For company she had only her parents and her brother, with whom she wrote "serials, mainly about space travel".

It wasn't until her teens that the urge to write struck seriously, an event she describes as "a large, invisible thumb descended from the sky and pressed down on the top of my head. A poem formed." After University, a spell in England and a period teaching early morning classes to engineering students she had her first novel, The Edible Woman, published. Since then she has written nine more novels, four of which were Booker nominated with The Blind Assassin finally winning in 2000. Three of those novels have been made into films: Surfacing, The Handmaid's Tale and The Blind Assassin. She has also published some dozen books of poetry, five collections of short stories, four books for children and assorted non-fiction titles. Her latest novel, Oryx and Crake, set in a genetically engineered, post-apocalyptic landscape is published on May 5th this year.

Margaret Atwood on her first opera, Neel Mukherjee and Quirke 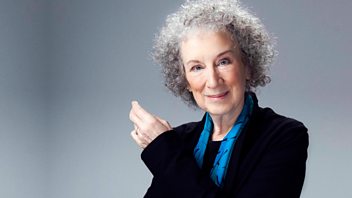 Novelist Margaret Atwood on the premiere on her first opera, the Glasgow fire, Neel Mukherjee discusses his novel The Lives of Others, and the director of new film Heli.

Canadian novelist Margaret Atwood discusses the world premiere of her first opera Pauline, live from Vancouver; Ranald McInnes on the Glasgow Art School fire; Neel Mukherjee on his new novel The Lives of Others, set during the political unrest in India in the 1960s; Amat Escalante, director of new film Heli, reveals the background to his drama about drugs, violence and corruption in a remote community in rural Mexico; and Jake Arnott reviews new British TV drama Quirke starring Gabriel Byrne and written by Andrew Davies and Conor McPherson, an adaptation of the novels by Benjamin Black (John Banville).

Novelist Margaret Atwood talks to Anne McElvoy. They discuss her science fiction trilogy and depicting a changing world, as wellas how digital technology is altering publishing.

Celebrated Canadian writer Margaret Atwood is the author of books including The Handmaid's Tale, Cat's Eye, her recent collection of stories Stone Mattress and The Blind Assassin, for which she was awarded the Booker prize in 2000.

She talks to Anne McElvoy about her interest in science fiction. The MaddAddam trilogy began with Oryx and Crake and continued six years later with The Year of the Flood. It's now being adapted for TV by HBO. 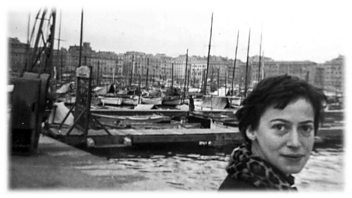 An intimate insight into the real and imaginary worlds of author Ursula K Le Guin.

Documentary. An intimate insight into the real and imaginary worlds of Ursula K Le Guin, the author who, through the excellence of her writing, forced the mainstream to embrace fantasy in literature.

Documentary that explores the remarkable life and legacy of the late feminist author Ursula K Le Guin. Best known for groundbreaking science fiction and fantasy works such as A Wizard of Earthsea, The Left Hand of Darkness and The Dispossessed, Le Guin defiantly held her ground on the margin of so-called respectable literature until the sheer excellence of her work forced the mainstream to embrace fantastic literature. Her fascinating story has never before been captured before on film.

Produced with Le Guin’s participation over the course of a decade, and featuring stunning animation and reflections by other literary luminaries, the documentary is a journey through the writer’s career and her worlds, both real and fantastic. Ursula goes on an intimate journey of self-discovery as she comes into her own as a major feminist author, opening new doors for the imagination and inspiring generations of women and other marginalised writers along the way.