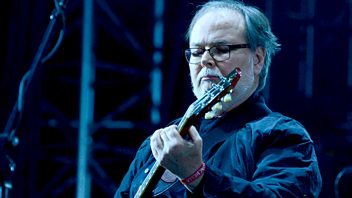 Matthew Bannister on a businessman, a doctor, a cardinal, a musician.

Professor Dame Margaret Turner-Warwick who became one of the world's leading authorities on thoracic medicine after suffering from tuberculosis as a child.

Cardinal Cormac Murphy-O'Connor, the genial head of the Catholic Church in England and Wales.

And Walter Becker - who teamed up with Donald Fagen to create the sophisticated music and lyrics of Steely Dan. 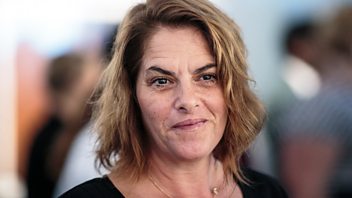 Artist Tracey Emin looks back at her work over the past decade; author Minette Walters on her historical fiction debut; and a biopic about Paul Gauguin's time in Tahiti.

To coincide with the publication of a book which collects all her artwork from the past decade, Tracey Emin comes into the Front Row studio to look back at that prolific period which saw her represent Britain at the Venice Biennial.

Twenty-five years after publishing The Ice House, the first of her many highly successful crime novels, Minette Walters discusses her historical fiction debut, The Last Hours, set in a medieval Dorsetshire village during the start of the Black Death.

Paul Gauguin's two years in Tahiti saw the French painter create some of his most celebrated artworks. But his time in French Polynesia is also seen as controversial due to alleged relationships with young girls while there. A new French-language biopic starring Vincent Cassel comes out this week about Gauguin's time on Tahiti, art critic Waldemar Januszczak gives his verdict on the film.

For National Novel Writing Month we hear from three people hoping to complete a novel this November. 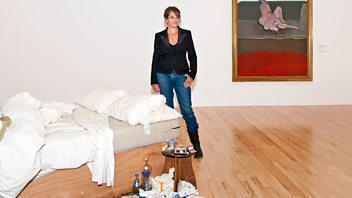 John Wilson talks to Tracey Emin as her infamous artwork My Bed returns to public display.

John Wilson talks to Tracey Emin, as her infamous artwork My Bed returns to public display at Tate.

As Ridley Scott's Blade Runner: The Final Cut is re-released in cinemas, Tim Robey looks at the idea of the director's cut.

Clark Tracey on his father Stan Tracey's seminal jazz album Under Milk Wood, inspired by the Dylan Thomas play, as he prepares to mark the record's 50th anniversary with a string of performances. 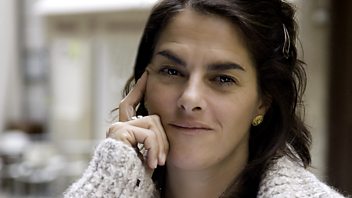 Arts news and reviews with John Wilson, including an interview with the artist Tracey Emin

Lebanese Canadian writer Rawi Hage won the IMPAC award for his debut novel De Niro's Game. He discusses his new book, Cockroach, which tells the story of a Middle Eastern immigrant to Canada: a misanthropic thief rescued from a suicide attempt who believes he is half-human, half-insect.

Horatio Clare reviews Sleep Furiously, the debut feature of Gideon Koppel. Set in a small farming community in mid-Wales, the film observes the rhythms of country life, with a soundtrack by Aphex Twin.

Performance artist Ansuman Biswas explains what he will be doing as Manchester Museum's first hermit in residence. 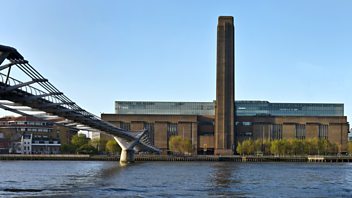 A special edition on the 10th anniversary of Tate Modern, presented by John Wilson.

As Tate Modern approaches its 10th birthday, John Wilson reports on how the gallery has attracted 45 million visitors, and asks whether it has changed our attitudes to modern art.

In May 2000 the Queen became the first visitor to Tate Modern, the giant gallery housed in a former power station on the banks of the River Thames. Ten years on and 45 million people have passed through the building which once generated electricity for London but has now become a cultural powerhouse for Britain.

In a special edition of Front Row, John Wilson looks at the social and artistic impact of Tate Modern with guests including artists Tracey Emin and Grayson Perry, and writers AS Byatt and Ian Rankin. The programme also includes a profile of Tate director Sir Nicholas Serota and a look at the gallery's many appearances at the cinema. 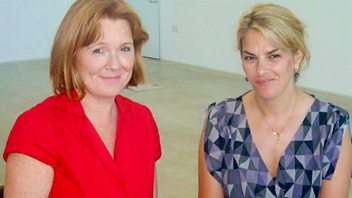 Kirsty Lang talks to Tracey Emin in Margate, and news from the Cannes Film Festival.

Kirsty Lang talks to Tracey Emin as she returns to her home town of Margate, plus Jason Solomons with news from the Cannes Film Festival.

Tracey Emin discusses how she feels about returning to her home town of Margate with an exhibition including new works conceived specially for Margate and exploring themes of love, sex and eroticism.

In January 1937 in Peking the body of a teenage British girl was discovered, with her heart removed. She was the daughter of an ex-British consul and the crime, which shook both the Chinese and western community, was never solved. Writer and historian Paul French explains why he became obsessed by the story and how, 75 years on, he has come up with a solution to the mystery.

Jason Solomons brings news from the Cannes Film Festival, as the jury prepares to announce the winners of the main prizes. 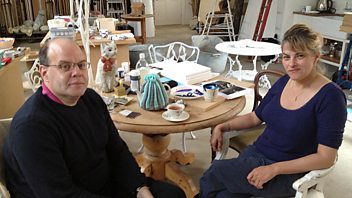 Cultural Exchange with Tracey Emin on Vermeer; the end of Broadchurch; Bernie reviewed.

Launch of the Cultural Exchange project featuring Tracey Emin on her favourite artwork, the end of Broadchurch, a review of Jack Black in Bernie, Belfast playwright Graham Reid.

Tonight Front Row launches Cultural Exchange, in which 75 creative minds share their passion for a book, film, poem, piece of music or other work of art. Tonight Tracey Emin reflects on her favourite painting - Vermeer's Lady Writing a Letter with her Maid.

The ITV series Broadchurch reaches its climax tonight, when the murderer of Danny Latimer is revealed. It's reported that even the actor playing the killer didn't know they were the guilty party until the last moment. Broadchurch writer Chris Chibnall and John Yorke, author of Into the Woods, A Five Act Journey into Story, discuss the art of suspense in TV drama.

Jack Black stars as a funeral director who strikes up an unlikely relationship with an elderly widow played by Shirley MacLaine in the film Bernie, a black comedy based on a macabre true story. Novelist Lionel Shriver delivers her verdict.

Playwright Graham Reid discusses his latest play Love, Billy. It's the fifth part of a series which focuses on a Belfast based family, first seen on TV in 1982 with Kenneth Branagh in the leading role. In this latest instalment Billy returns to Belfast after 25 years away. 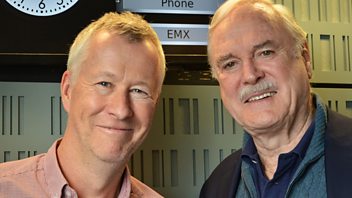 Arts news with John Wilson, including John Cleese on his memoir So Anyway.

John Cleese on his memoir So Anyway, singer-songwriter Ed Sheeran discusses songwriting as revenge, and Tracey Emin on why she thinks motherhood and an art career are incompatible.

In tonight's Front Row, John Cleese talks to John Wilson about his memoir, So, Anyway - an account of the influences that shaped his comedy - and singer-songwriter Ed Sheeran considers song-writing as revenge and explains why so many of his lyrics are about drinking.

Also in the programme, Tracey Emin makes it clear why she feels motherhood and a career as an artist are incompatible.

Emin/Munch: Between the Clock and the Bed 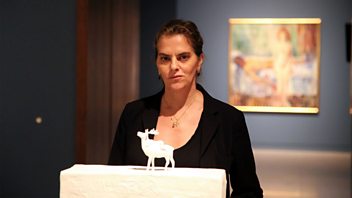 A look at the affinities between the art of Edvard Munch and Tracey Emin.

A look at the affinities between the art of Edvard Munch and Tracey Emin, exploring the many unexpected ways that the Norwegian expressionist resonates with one of Britain’s pre-eminent artists.

This winter sees the opening of The Loneliness of the Soul, a groundbreaking new exhibition at London’s Royal Academy, showcasing the work of Tracey Emin alongside paintings by her great hero Edvard Munch.

Munch’s work has long inspired Emin, from her early video piece Homage to Edvard Munch and All My Dead Children to her monumental new nine-metre high bronze sculpture, The Mother, set to be installed outside Oslo’s new Munch Museum in spring 2021. Today, the majority of her time is spent painting.

This documentary charts the affinities between Munch’s art and Emin’s, exploring the many unexpected ways that this godfather of expressionism resonates with one of Britain’s pre-eminent artists.

Alongside Emin’s voice, which runs like a thread throughout the documentary, we hear from art historians and curators in Norway, showing the innovations in printmaking and sculpture that Munch pioneered in his lifetime alongside his more well-known painting work.

We see inside the homes where he created his work, still perfectly preserved today. We also find out more about Munch’s photographic and film work, media not normally associated with the artist but within which can be found clear correspondences with Emin’s work. These scenes are complemented by footage of one of Emin’s new monumental bronze sculptures being forged in a foundry in Stoke-on-Trent, and the works of Emin and Munch shown together at the Royal Academy. 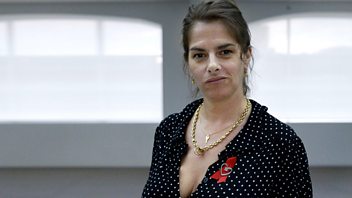 Sue Lawley's castaway this week is the artist Tracey Emin.

Tracey Emin is one of the most successful and controversial artists to emerge during the 1990s. Her work was championed early on by influential art dealer Jay Jopling and later by the collector Charles Saatchi. Her work is highly autobiographical and confessional. A talented drawer and painter, she has attracted most attention for her art installations - including her tent, Everyone I Have Ever Slept With and the Turner Prize-nominated My Bed. Her art is adored and condemned in equal measure, but wherever she exhibits she attracts queues and has a room at Tate Britain dedicated to her work. She was brought up in Margate and she has recently finished a film, Top Spot, which reflects her own experiences.

Luxury: A pen which would never run out