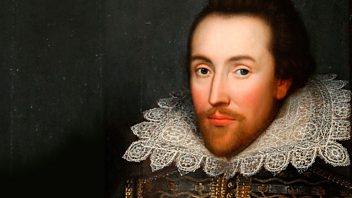 William Shakespeare takes centre stage 400 years after his death. As The Hollow Crown returns to BBC One with the next series of the playwright's history plays, theatre director Dominic Cooke discusses his TV directorial debut making the series. The cast of Henry VI Parts I and II and Richard III include Benedict Cumberbatch, Judi Dench and Hugh Bonneville.

Actor Kim Cattrall describes why she loves playing Cleopatra, as part of our series Shakespeare's People, in which celebrated actors choose the character they've enjoyed playing most.

Over the last two years, Ladi Emeruwa has played Hamlet in 197 different countries, travelling 180,000 miles in the process. He is one of a cast of 12 actors who have taken Shakespeare to all corners of the world from Bhutan to Belize and Cambodia to Cameroon. The tour reaches its climax this weekend when the final four performances take place at London's Globe theatre. 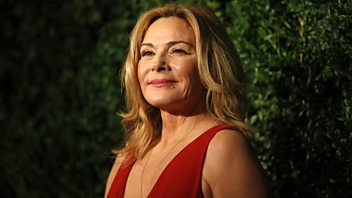 Sex and the City's Kim Cattrall on her new role as Davina in the TV series Sensitive Skin.

Kim Cattrall on her new TV role, the impact of the modern family on kids, Alexander McQueen's sister and muse Janet, plus simple tricks for your pregnancy wardrobe.

Kim Cattrall, the sexy sassy one in Sex and the City, talks about her new role tackling the subject of ageing, the menopause and midlife crisis.

Online vigilante group, Dark Justice, have set up fake profiles to catch paedophiles trying to groom young people. Should this vigilante action be encouraged or is it in fact putting lives at risk?

We examine the progression of the traditional secretary role and question whether they can be a good way up the career ladder for women or remain a sexist stereotype.

Do you need to change your entire wardrobe to feel and look good during pregnancy or are there a few simple tricks to avoid spending a fortune on new garments?

Janet McQueen talks about her brother the late Alexander McQueen and explains how she inspired his work.

The newest family forms include gay parents or women who have chosen sperm donation and to go it alone - but how do the children being raised in these families fare socially and psychologically?

And is the new remake of the film Cinderella still a magical tale of finding true love and overcoming evil or now a makeover myth about shoes and marrying into money? 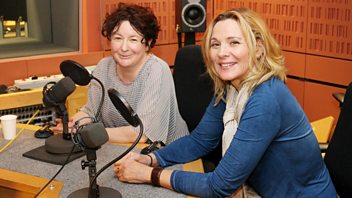 Presented by Jane Garvey. Kim Cattrall discusses a second series of Sensitive Skin, Mary Berry on beekeeping, and how should the news media cover FGM?

Parliament has today been recalled to allow MPs from all sides to pay tribute to the Labour MP Jo Cox , who was killed on Thursday. Her Labour colleague Jess Phillips speaks about their friendship and the support that Jo provided to other women in parliament.

The actor Kim Cattrall has been a regular voice on Woman's Hour in the last couple of years. She joins Jane to discuss the second series of her critically acclaimed comedy drama, Sensitive Skin. Kim also reflects on the making of her special programme with us that examined her experience of insomnia.

We discuss the Sky News decision to film and broadcast edited footage of a six year old girl who underwent FGM in North East Somalia.

Mary Berry, the first guest editor of this year's Takeover week, wanted to know whether to take up bee keeping as a hobby. We didn't have time for it in her programme last Monday but today our reporter Caz Graham has some answers for her. 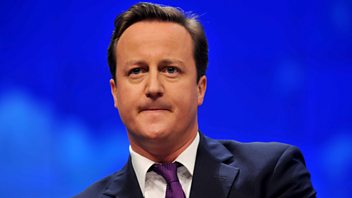 Highlights from the Woman's Hour week, presented by Jane Garvey.

The Derbyshire teacher who's so convinced that getting the right bra is important that she's set up classes on breast health at her school. Plus how the suffragettes spread the word back in 1913. Actress Kim Cattrall on her latest role in Tennessee William's Sweet Bird of Youth. And musician Gabrielle Aplin performs her single Home. 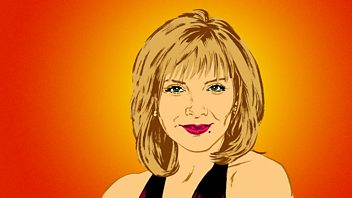 Kim Cattrall sets out her themes as guest editor in a frank interview with Jane Garvey.

Kim Cattrall gives a frank interview from the editor's chair setting out personal themes she wants to explore: ageing, life without children and being single later in life.

Sex and the City star Kim Cattrall is the first of five remarkable women taking the editor's chair each day this week. In a programme based entirely on her personal agenda, Kim talks frankly about ageing, not having children, and being single in your fifties. Joining Jane Garvey to explore how women deal with life beyond fifty are journalist and writer Joan Smith, novelist Kathy Lette, clinical health psychologist Professor Myra Hunter of King's College London, and thirty-something columnist Rosamund Urwin.

Looking at a private struggle with insomnia, Beyonce's appeal, and dementia carers.

Including actor Kim Cattrall on her private struggle with insomnia, Beyonce's appeal, Shakespeare's strongest female roles, and two women who have cared for relatives with dementia.

The actor Kim Cattrall best known for her roles in Sex and the City and Sensitive Skin tells us about her private struggle with insomnia.

Who is the strongest female Shakespearean character? The author Angela Thirlwell champions Rosalind and discusses her choice with the actors Tanya Moodie and Dame Janet Suzman.

Beyonce is one of the best-selling music artists of all time with over 100 million records sold worldwide and 20 Grammy Awards. Her latest album shows a more political side to her creativity. Cultural commentator Emma Dabiri and Black feminist researcher Sekai Makoni discuss her appeal.

Research shows the vast majority of men who abuse their partners stop their physical and sexual violence if they attend a domestic violence perpetrator programme. But how easy is it to access these courses? We hear from Professor Liz Kelly from London Metropolitan University and Liz Ostrowski from the Domestic Violence Intervention Project.

A quarter of a million working mothers face a triple whammy of challenges when they become dementia carers. We hear from two people Morella Kayman and Rosie Stevens on the impact on themselves and their families.

According to the 2013 National Survey of Sexual Attitudes and Lifestyles, the average number of sexual partners a person will have in their lifetime is 11.7 for men and 7.7 for women. But does your sex count matter at all? Three women in their 20s and 30s Franki, Fiona and Harriet tell us what they think. 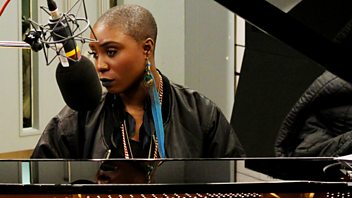 Laura Mvula on coping with fame and the inspirations for her latest album.

The British soul singer Laura Mvula discusses the influences behind her latest album The Dreaming Room, and three young women give their reactions to the EU referendum outcome.

Three young women Ruth Douglas, Beth Button and first time voter Jane Prinsley give us their reactions to the outcome of the EU Referendum.

Tracey McDermott the acting Chief Executive of the Financial Conduct Authority tells us why didn't want the the top job.

Schools across the UK will start sending students off for work experience in the next few weeks but what do you do if your child has a disability? Rowan Crosby a student from Wales and her dad Pete tell us about the challenges they've faced looking for a work placement.

The actor Kim Cattrall tells us about the second series of the critically acclaimed comedy drama 'Sensitive Skin'.

The author CJ Grace discusses her new book Adulterers Wife which asks should she stay or should she go?

And we Cook the Perfect...Kimchi Fried Rice with the French trained, Korean-American Londoner Judy Joo. 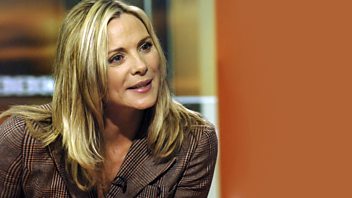 Sue Lawley's castaway is the actress Kim Cattrall. Kim Cattrall became a household name in her forties as a result of playing man-eater, defiant singleton and PR mogul Samantha Jones in Sex and the City. She is about to star in the play Whose Life is it Anyway? in the West End of London.

She was born in Liverpool but grew up in Canada and decided to be an actress at a young age. She says a formative experience was appearing in a school play Piffle It's Only a Sniffle when she took the role of a cold germ which had to infect the other children by tickling them with a feather until they sneezed. She spent time in drama schools in Canada, Liverpool and New York and says now that her first love is theatre - and her film roles allow her to feed her theatre habit.

Kim Cattrall discusses dark comedy Sensitive Skin; Natalie Bennett on why she believes her party is enjoying a 'Green surge'; Junior Smart on his anti-gang work in primary schools.

Kim Cattrall talks about tackling a mid-life crisis in her new TV series Sensitive Skin. Natalie Bennett, leader of the Green Party of England and Wales, on what her party will offer women voters. Anne Longfield, the new Children's Commissioner, and ex-offender and gang member Junior Smart talk about going into primary schools, to work with children at risk of becoming involved with gangs. 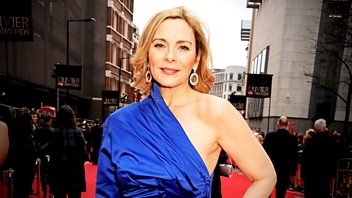 Kim Cattrall on her latest stage role, an update on the campaign to get more women on UK banknotes, the impact of staying in education until 17, and music from Gabrielle Aplin.

Kim Cattrall talks about her latest play and what drew her to the role of Alexandra Del Lagro, a fading Hollywood legend, in Tennessee William's Sweet Bird of Youth. An update on the campaign to get women represented on UK banknotes. Why the family of Anne Marie Ellement a Military Police Officer, who killed herself after making rape allegations, welcome the Ministry of Defences announcement to investigate the case. Plus Gabrielle Aplin, best known for her cover of The Power of Love, talks about her music and performs her latest single live. And how will families, schools and colleges cope this Autumn when it becomes compulsory for young people to stay on in education or training until they're 17.

Kim Cattrall reveals her private struggle with insomnia, and how it changed her life.

Kim Cattrall talks publicly for the first time about her struggle with insomnia, its impact on her life and her ability to work.

Kim Cattrall is well-known for roles in Sex and the City, Sensitive Skin, and in recent years her work in theatre. What's not been public until now is a private struggle with insomnia - something that came to dominate her life, and her work. She speaks exclusively on Woman's Hour in a narrative, based on diaries she wrote at the time that convey her state of mind when suffering sleep deprivation. Her personal battle with sleeplessness would eventually lead to her being forced to pull out of a London stage production. The process of coming to terms with insomnia involved re-examining her own life, the impact of her father's death and her own mortality. It ultimately proved life-changing.

With readings by Dame Janet Suzman. 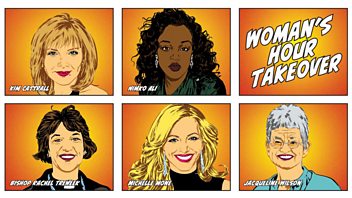 Sex and the City star Kim Cattrall on the joys of being single in later life. Michelle Mone, co-founder of the lingerie company Ultimo tells us why she decided to treat her body like a business to lose weight and discusses the psychology of weight loss.

The FGM campaigner Nimko Ali has a fertility MOT and discusses the mixed messages women are receiving about their fertility.

Children's author Jacqueline Wilson talks about entering her 70s and gets some advice on how best to approach the coming decade with Sheila Hancock, Amanda Barrie and Shirley Hughes.

Rachel Treweek the bishop of Gloucester explains the significance of her distinctive ring and cross as she explores the themes of conflict resolution, transformation and empowering others; while designer Polly Meynell talks about creating bishop Rachel's cope and mitre for the installation.