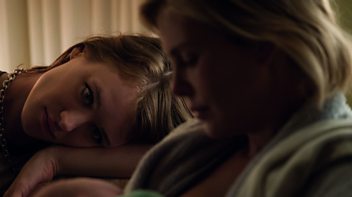 Mood Music is Joe Penhall's newest play which has just opened at London's Old Vic Theatre. It deals with the tricky business of the music biz and who can be credited with the success of a hit song. Whee there's a hit, there's a writ

Rachel Cusk's novel Kudos is the third part in her trilogy which began with Outline and Transit.

RIBA is currently staging an exhibition based around the idea of perspective. How we perceive it and its effects upon the observer.

BBC4 is about to launch a season of programmes about contemporary dance, we look at a Michael Clark performance and a new piece about The Spanish Flu pandemic of 1918

Westminster Abbey, The culture of the countryside, Gillian Allnutt 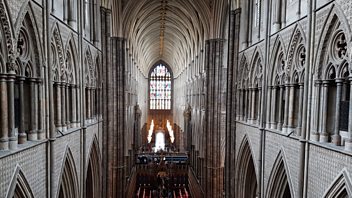 A visit to the Queen's Diamond Jubilee Galleries at Westminster Abbey.

Tom Dyckhoff assesses the £23m Weston Tower and the Queen's Diamond Jubilee Galleries at Westminster Abbey. Plus the appeal of the countryside to writers and poet Gillian Allnutt.

The £23m Weston Tower and the Queen's Diamond Jubilee Galleries at Westminster Abbey will be opening to the public next month. Architecture critic and historian Tom Dyckhoff gives his response to these two new additions to the abbey church, the site of all royal coronations since William the Conqueror in 1066.

Why are so many British writers setting their stories in the countryside at the moment? From the second series of the BBC comedy drama This Country, to plays including Barney Norris's Nightfall, Joe White's Mayfly and Simon Longman's Gundog, and novels such as Jon McGregor's Reservoir 13 and Ali Smith's Autumn, writers are turning to a new vision of 'the pastoral' for inspiration. Writer Barney Norris joins novelist Sarah Hall - who was born and raised in the Lake District - to consider whether writing about the countryside has become part of the zeitgeist again and why.

Gillian Allnutt's career as a poet stretches over four decades. In 2016 she was awarded the Queen's Gold Medal for Poetry. The poet discusses and reads from her new collection, Wake.

Zadie Smith, Ryan Adams, Exhibit B, The Art of the Brick 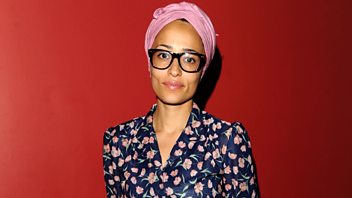 Zadie Smith discusses Miss Adele Amidst the Corsets, her shortlisted entry for the BBC National Short Story Award; Tom Dyckhoff reviews The Art of the Brick, a new exhibition of artworks built with Lego; musician Ryan Adams on the analogue joys of the typewriter and the tape recorder. And as last night's controversial art performance featuring black actors in a recreation of a "human zoo" is called off after protests at its opening night in London, John Wilson hears both sides of the argument. 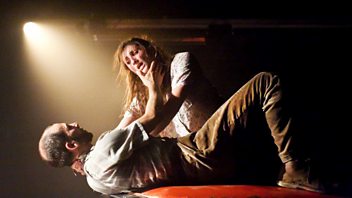 Susannah Clapp reviews the new Punchdrunk production The Drowned Man, A Hollywood Fable. The company is known for not using stages or even seats, and their groundbreaking immersive style - in previous shows like Sleep No More - has had a huge influence in contemporary theatre.

As an Eduardo Paolozzi retrospective opens in Chichester, John meets the artist's lifelong friend Sir Terence Conran. Conran, who has since had success in design, retail and restaurants, remembers helping Paolozzi put together some of his early sculptures.

In Cultural Exchange, singer Laura Mvula chooses the song Four Women by Nina Simone. Released on the 1966 album Wild is the Wind, it tells the story of four different African-American women.

The shortlist for the prestigious RIBA Stirling Prize was announced today. This year's list, in which housing features prominently, includes the regenerated Park Hill housing estate in Sheffield. Architect and Chair of the Judges Philip Gumuchdjian, and journalist Tom Dyckhoff discuss the six buildings that have been nominated.

The Age of Spectacle? 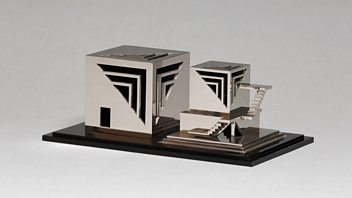 On Start the Week Andrew Marr explores the fashions and fads in architecture and food over the last fifty years. In 'The Age of Spectacle' the design critic Tom Dyckhoff explores how consumer culture has impacted on the building of our cities, from iconic architecture on a grand scale to soulless shopping centres and designer homes. The average life span of a family home in Japan is just 25 years: although the architect Takeshi Hayatsu regrets the destruction of so much of Japan's architectural heritage, he reflects that it's created a boon in innovate designs on a small scale. Innovations also abound in food technology and the experimental psychologist Charles Spence reveals how chefs can use science to influence diners and their taste buds, but the food writer Anissa Helou asks for a return to simplicity, away from the latest trends of 'molecular' techniques and foraged ingredients.