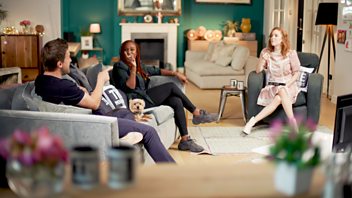 Heading back to the Noughties this time are singer Alexandra Burke and comedian Chris Ramsey, joining Angela Scanlon for an examination of all things 2008.

Heading back to the Noughties this time are singer Alexandra Burke and comedian Chris Ramsey, joining Angela Scanlon for an examination of all things 2008.

Alexandra gets nostalgic about winning The X Factor and sharing a stage with woman of the decade, Beyonce. 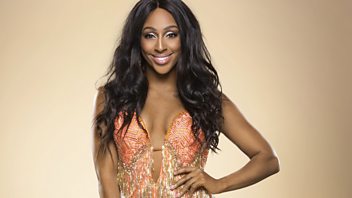 Alexandra Burke reveals the life events that have inspired the songs on her new album. Including Inheritance Tracks from the actor David Morrissey.

Alexandra Burke reveals the life events that have inspired the songs on her new album.

Raynor Winn was made bankrupt and lost her home, just as her husband was diagnosed with a terminal illness. They embarked on the journey of their lifetime - to walk the South West Coast Path, the 630-mile. sea-swept trail from Somerset to Dorset, via Devon and Cornwall. She discusses the impact of this on their outlook on life and ideas of home.

The archaeologist and historian, Jules Hudson, describes his fascination with walled gardens.

The Truth Is by Alexandra Burke is out now. And she starts a UK tour on 1 September.

The Salt Path by Raynor Winn is out now.

Walled Gardens by Jules Hudson is out now.

David Morrissey is appearing in Julius Caesar at The Bridge Theatre in London until 15 April, 2018.