The Second Sunday of Christmas 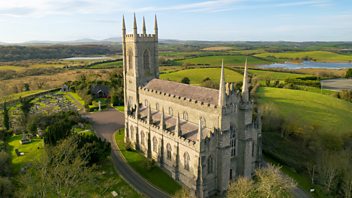 The Very Rev Henry Hull leads a service from Down Cathedral in Northern Ireland.

The Very Rev Henry Hull leads an ecumenical service for the second Sunday of Christmas from Down Cathedral in Downpatrick, Northern Ireland.

The Very Rev Henry Hull leads an ecumenical service for the second Sunday of Christmas from Down Cathedral in Downpatrick, Northern Ireland. With hymns from the Songs of Praise archives from across Northern Ireland. 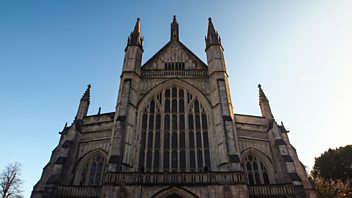 The Rev Canon Roland Riem leads a service for the fourth Sunday of Advent from Winchester Cathedral.

On the fourth Sunday of Advent, the Rev Canon Roland Riem leads the morning worship from Winchester Cathedral. With carols from the Songs of Praise archives and a special performance from the boys choir Libera.

The First Sunday of Christmas 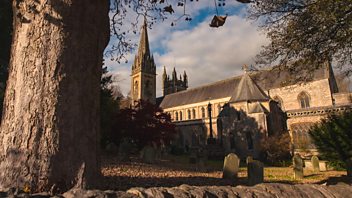 The Rev Canon Mark Preece leads a service for the first Sunday of Christmas from Llandaff Cathedral in Wales.

On the first Sunday of Christmas, the Rev Canon Mark Preece, Canon Precentor, leads the morning worship from Llandaff Cathedral in south Wales. With hymns and carols from the Songs of Praise archives and a new recording from the Cardiff-based choir Côrdydd. 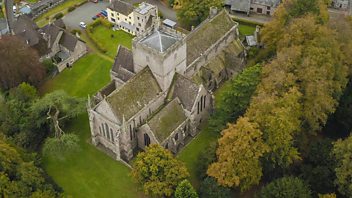 The Very Rev Dr Paul Shackerley leads a service for the first Sunday of Advent from Brecon Cathedral in Wales.

The Very Rev Dr Paul Shackerley leads a service for the first Sunday of Advent from Brecon Cathedral in Wales. With hymns from the Songs of Praise archives from across Wales. 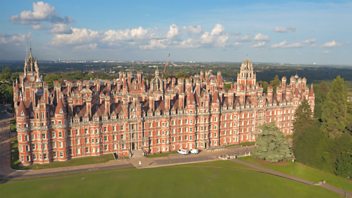 On the third Sunday of Advent, Father John Dickson, Catholic chaplain, leads an ecumenical service from the chapel of Royal Holloway, University of London. With hymns and carols from the Songs of Praise archives and a new recording from the university’s chapel choir. 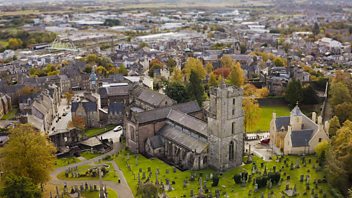 The Rev Alan Miller leads a service from the Church of the Holy Rude in Stirling.

The Rev Alan Miller leads a service for the second Sunday of Advent from the Church of the Holy Rude in Stirling, Scotland.

The Rev Alan Miller leads a service for the second Sunday of Advent from the Church of the Holy Rude in Stirling, Scotland. With hymns from the Songs of Praise archives from across Scotland. 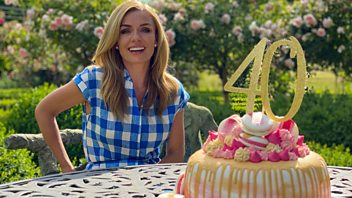 Katherine Jenkins celebrates her 40th birthday by looking back at her career highlights.

Katherine Jenkins celebrates her 40th birthday by looking back at some career highlights and revealing behind-the-scenes secrets.

Katherine Jenkins celebrates her 40th birthday. Since the girl from Neath burst onto the music scene in 2003, she has had 13 number one albums, making her one of the world’s best-selling classical singers. Now Katherine looks back over some of her career highlights, talks about hitting the big screen in her first feature film, and reveals some behind-the-scenes secrets. Even lockdown hasn’t stopped Katherine from singing: with weekly Facebook concerts personally entertaining her fans, and a very special performance for VE Day in an empty Royal Albert Hall in London, it certainly has not been a quiet time for Katherine. With archive clips of performances through the years, the film also includes a first broadcast of a very special tribute from Katherine to all NHS and key workers. 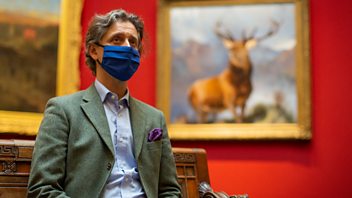 Lachlan Goudie relates paintings at the Scottish National Gallery to our lives today.

Artist Lachlan Goudie visits the Scottish National Gallery to explore the relevance of a much-loved collection to the challenges we face today, in terms of family, community, nature and hope.

Artist Lachlan Goudie visits the Scottish National Gallery in Edinburgh to revisit a collection he describes as being part of his family. He grew up with the artworks in the gallery and now considers how paintings, which were created more than a hundred years ago, have such relevance to the challenges we are all living through today because of Covid-19, in terms of family, friendship, community, wildlife, nature and hope.

His exploration includes works by Scottish and international artists, culminating in what he describes as one of the greatest set of paintings ever produced in the history of western art. 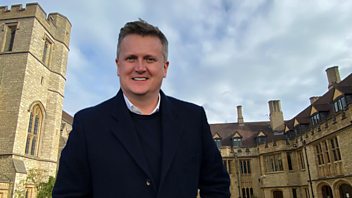 Aled Jones meets a scientist from the Oxford vaccine team to celebrate hope.

On Palm Sunday, Aled Jones visits Oxford to celebrate stories of hope and to meet a leading scientist behind the vaccine that is saving lives around the world.

On Palm Sunday, Aled Jones visits Oxford to celebrate stories of hope and meets Professor Andy Pollard, one of the leading scientists behind the Oxford-AstraZeneca vaccine.

At St Cross College, Professor Pollard shares how his Christian faith and the prayers of people all over the world have helped and inspired him, and how he finds great hope in the way scientists and volunteers in many nations have worked together to make the vaccine possible. Aled also visits the city’s largest vaccination centre to witness at first hand the hope the jab is bringing to the community.

Young mum Louise Blyth shares her story of how miraculous answers to prayer led her to find faith and hope in the darkest days of grief. And YolanDa Brown meets the Christian friends using their gifts in medicine and music to help doctors facing burnout.

With hymns and songs to celebrate Holy Week and an exclusive performance of a new blessing for carers. 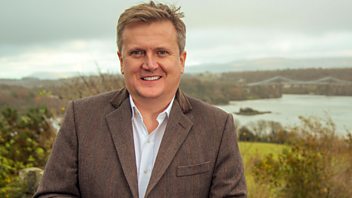 As Aled Jones turns 50, we look back at his remarkable musical career.

As Aled Jones turns 50, we look back at his remarkable career since making his name as a boy soprano.

As Aled Jones turns 50, a special programme marking his remarkable career since he became a child star as a boy soprano back in 1985. Now Aled returns to his home patch of Anglesey and revisits Bangor Cathedral. It was when he was a choirboy there that he was discovered and went on to record the hit Christmas record Walking in the Air. Since then he has released 40 albums, presented numerous TV series including Songs of Praise and has his regular radio shows on Classic FM and Radio Wales.

In the programme, he discovers archive footage of himself as a boy he had no idea existed. He reflects on some of the highlights of his career, singing for Pope John Paul, the Royal family and at the wedding of Bob Geldof and Paula Yates.

As he releases his new album, there are performances of some of his favourite tracks, and he catches up with old friends, including Walking in the Air composer Howard Blake, Gyles Brandreth and Dame Judi Dench. 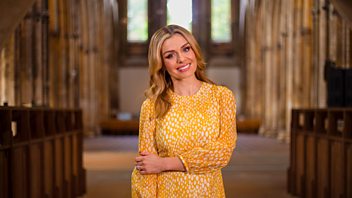 Katherine Jenkins celebrates Easter Sunday from Llandaff Cathedral in Cardiff. She finds out about the meaning behind the Paschal candle, lit especially at Eastertime, and performs one of her favourite hymns, the Sanctus, to Elgar’s stirring tune Nimrod.

Echoing the theme of the Easter story, James Lusted meets a vicar who has turned his life around from darkness into light.

With favourite Easter hymns and songs from Llandaff Cathedral Choir, Vocal Creation, The Voice UK winner Blessing Annatoria and a special performance from one of Wales’s finest - Sir Bryn Terfel. 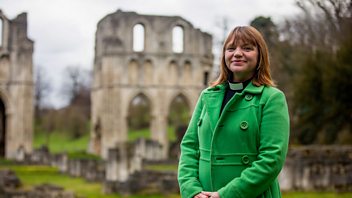 Rev Kate Bottley shares some of her favourite moments on Songs of Praise.

The Rev Kate Bottley visits Roche Abbey in Yorkshire and shares some of her favourite moments on Songs of Praise, from open water swimming to meeting a man who walked on the moon.

Rev Kate Bottley visits Roche Abbey in South Yorkshire, a place where she loves to walk, as she shares her love of the great outdoors and some of her favourite moments on Songs of Praise.

Kate looks back on her walk along the Cleveland Way, one of Britain’s national trails. She recalls the time she spoke to inspiring Christian, Charlie Duke, who was the tenth and youngest man to walk on the moon but who believes his ‘walking with Jesus’ has been a lot more important.

Kate also talks about one of her greatest passions, open water swimming, and how being in the cold water brings her closer to God. There’s also music from across the UK, including performances from Katherine Jenkins and West End star Marisha Wallace.