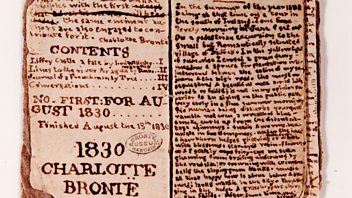 AS Byatt discusses the enduring legacy of the Bronte's juvenilia. Samira Ahmed presents.

Arts news with Samira Ahmed, including AS Byatt on the enduring legacy of the Brontes' juvenilia, and Malian kora player Ballake Sissoko and French cellist Vincent Segal.

Samira Ahmed takes a tour of the Haworth Parsonage to consider the closed world of the Brontë siblings, and the how their imaginative childhood games fed into their writing. Novelists AS Byatt and Sophia McDougall, and actor Tom Burke who plays Mr Rochester in the new Radio 4 adaptation of Jane Eyre, discuss the enduring appeal of the Brontës' characters.

Michael Carlson reviews Truth, starring Robert Redford and Cate Blanchett, in which an investigative team at CBS News comes under fire for possible inaccuracies. The film is based on television news producer Mary Mapes' memoir Truth and Duty: The Press, the President and the Privilege of Power.

Malian kora player Ballaké Sissoko and French cellist Vincent Ségal recorded their album Musique de Nuit last year. Before they begin their tour of the UK, they discuss how they shunned the music studio, choosing instead to record on a Bamako rooftop.

European Cities on the Brink of War 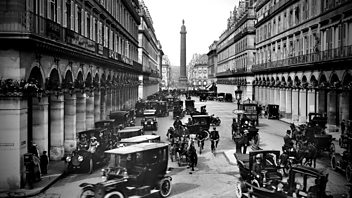 As part of Radio 3's Music on the Brink, Free Thinking takes the cultural temperature of Paris, Berlin, London, St Petersburg and Vienna in the years leading up to the First World War.

The novelist AS Byatt, the film expert Neil Brand and the cultural historians Alexandra Harris and Philipp Blom have chosen artworks and artefacts from the period and will use them to explore, with Anne McElvoy, the ideas and spirit of the European capital cities on the brink of World War 1.

Roger Fry, a landmark silent film version of Les Miserables and Freud's understanding of the Viennese practice of Gschnas give us glimpses of a rapidly changing world. 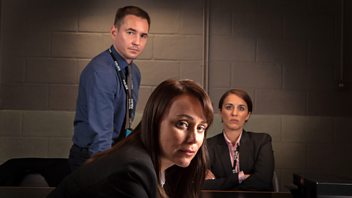 A review of the revival of the 1963 stage classic Oh, What a Lovely War! with Kirsty Lang.

A review of the revival of the 1963 stage classic Oh, What a Lovely War!; Tom Rob Smith on his novel The Farm; a review of the second series of Line of Duty; Chinese censorship.

Oh What a Lovely War, Joan Littlewood's controversial musical satire about the First World War, is being revived in its original home, the Theatre Royal Stratford East. The 1963 production, which Littlewood intended would mock 'the vulgarity of war', was loved by audiences, but detested by some who saw its message as unpatriotic. Critic and historian Kathryn Hughes reviews the production and considers whether the play has the same impact today.

After the success of the 'Child 44' trilogy, author Tom Rob Smith has just published a somewhat different type of crime novel. 'The Farm' is a psychological thriller, set in Sweden and England, which keeps the reader guessing throughout. He reveals how the main premise for the novel was inspired by a real life event very close to home.

The first series of the television drama, Line Of Duty, found many fans for its study of police corruption. The writer, Jed Mercurio, has now written a second series with a new police officer, Detective Inspector Lindsay Denton played by Keeley Hawes, under investigation. The writer MJ Hyland reviews.

How best to translate a novel is a perennial question, but some authors whose works have been published in China have also found the stories themselves being censored. Kirsty hears from journalist Jonathan Fenby and from literary-translation rights specialist Jenny Robson - and US based crime-writer Qiu Xiaolong and Booker Prize winner AS Byatt relate their two very different experiences.

The art and craft of translating fiction 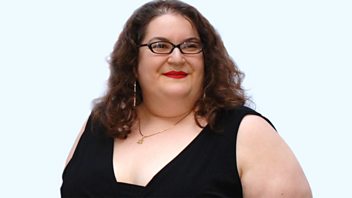 Naomi Alderman reports on the art of translating fiction, with Ian McEwan and AS Byatt.

Every novelist dreams of being translated into dozens of foreign languages, but the relationship between author and translator can be fraught. If it goes right, it can lead to close friendship - but what happens when it goes wrong? And is a translation ultimately closer to being an original work than we might think?

Naomi also joins three professionals for a translation slam. Adriana Hunter, Daniel Hahn and Frank Wynne discuss their different English versions of paragraphs from the French novel Around the World in Eighty Days by Jules Verne. 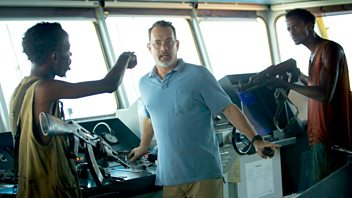 Tom Hanks on the film Captain Phillips, the tale of a hijacking by Somali pirates; AS Byatt on Alice Munro, who today won the Nobel Prize for Literature; artist Dana Schutz.

Tom Hanks reflects on saying no to film offers, playing real people, and his latest role in Captain Phillips, which depicts the ordeal of Richard Phillips, captain of a cargo ship taken hostage by Somali pirates in 2009. Captain Phillips is directed by Paul Greengrass (United 93, The Bourne Supremacy).

It was announced today that Alice Munro has been awarded the 2013 Nobel Prize for Literature. AS Byatt and Hermione Lee discuss the Canadian author, who writes short stories rather than novels.

And Mark talks to the American artist Dana Schutz, whose colourful and fantastical paintings are on show at The Hepworth gallery in Wakefield. 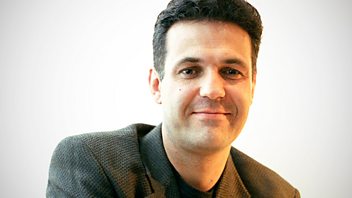 Khaled Hosseini's debut novel The Kite Runner was an international best-seller. As he publishes a new novel, And the Mountains Echoed, Hosseini reflects on being a writer in exile, his creative process, and censorship in his native Afghanistan.

Saints Alive is the new project from the artist Michael Landy, who once destroyed all his possessions for a work called Break Down. Images of saints from the National Gallery's collection have been cast in three dimensions and assembled using materials he sourced from car boot sales and flea markets. He shows Mark around the exhibition.

DJ and film critic Andrew Collins presents his top 10 of disc jockeys in film, as The King Of Marvin Gardens is re-released, starring Jack Nicholson as a late-night talk show host.