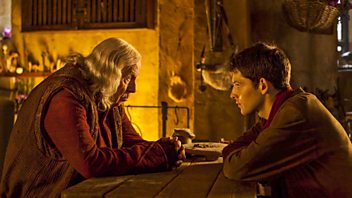 Merlin is given a glimpse of a dark future, and tries to change the course of destiny.

Fantasy drama. Merlin is given a glimpse of a dark future, and does all he can to change the course of destiny. However, his actions have fatal consequences.

When Merlin has an unexpected meeting with the mysterious Taliesin, the wizened old sorcerer takes the young warlock to the crystal cave and shows him a glimpse of the future. But this gift turns out to be more of a curse when, to his horror, Merlin sees Morgana, set to kill Uther.

Merlin knows he must do all that he can to stop the future from playing out. But changing the pages of destiny is a dangerous game, and his actions have fatal consequences. With the whole of Camelot in a state of grief, can the young warlock undo the damage he has caused, or is it too late?

Series 1 Episode 2: A Girl By Any Other Name 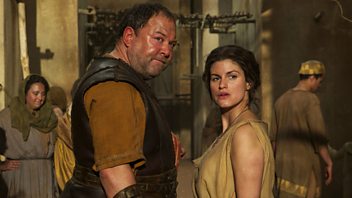 The heroes are entangled in the perilous rites of Dionysus with a stranger called Medusa.

Drama series. The heroes face a race against time and find themselves entangled in the perilous rites of Dionysus alongside a stranger called Medusa.

Despite their newfound fame after slaying the Minotaur, the boys are still penniless and hungry. When an old man asks them to find his missing daughter, things seem on the up, but it soon becomes clear that their task will not be an easy one; she has been taken by the Maenads, fanatical worshippers of the god Dionysus.

With the hopes and life of the old man fading, it is a race against time that Jason cannot turn his back on. But just when their perilous task seems at an end, he comes face-to-face with a stranger named Medusa.

Series 1 Episode 3: A Boy of No Consequence 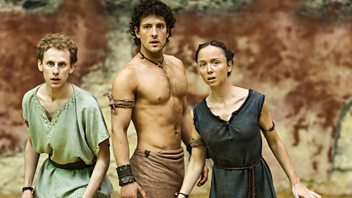 Jason and his friends are forced to compete in the perilous sport of bull leaping.

Drama series. Jason's hasty actions have dire consequences, as he and his friends are forced to compete in the perilous sport of bull leaping.

After crossing a young nobleman, Jason and his friends find themselves at the mercy of King Minos, who declares Poseidon will decide their fate: they are to become bull leapers. To survive, they must jump the charging beast.

With their lives on the line, it is up to Jason to pull his motley team together in this ultimate test of bravery. But watching from the crowds is a dark force who hopes to turn the favour of the Gods against them.

John Hurt's paintings, The Fool in King Lear, Summer reads for the UK 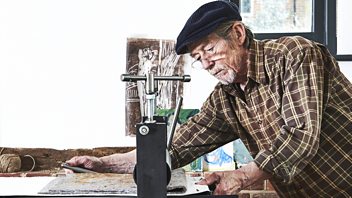 John Hurt as Artist, and the role of the Fool in King Lear.

Sir John Hurt's widow Anwen on the late actor's paintings and drawings; the role of the Fool in King Lear; and recommendations for summer reading for those holidaying in the UK.

John Hurt as Artist is a new exhibition in Norfolk which reveals a less well-known side of the actor who died last year. Sir John Hurt's widow Anwen discusses the mainly figurative paintings and drawings which mostly relate to the actor's off-screen life, but also include self-portraits of him in prosthetic make-up for his role as John Merrick in The Elephant Man from 1980.

Ian McKellen is playing King Lear in the West End and recently Anthony Hopkins played him on television. Accompanying Lear on his bleak and tragic journey is his Fool. Karl Johnson, Fool to Anthony Hopkins' Lear, and Lloyd Hutchinson, McKellen's Fool, discuss the way they approach this enigmatic figure.

Recently we've been offering inspiration on holiday reading to help you choose which books to cram into your suitcase. Today New Statesman book critic Sarah Ditum concludes the series with a set of recommendations for people holidaying closer to home, in the UK and Ireland. 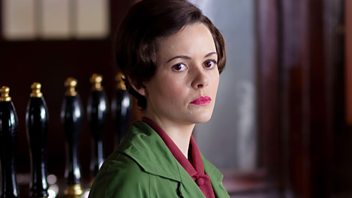 Dr Turner manages to get Poplar included in the mass X-ray screening programme for TB.

Drama series. Dr Turner manages to get Poplar included in the mass X-ray screening programme for TB. Meanwhile, Jenny meets a family who have been devastated by the disease.

Dr Turner manages to get Poplar included in the mass X-ray screening programme for TB. Meanwhile, Jenny's district nursing rounds introduce her to a family who have been devastated by the disease.