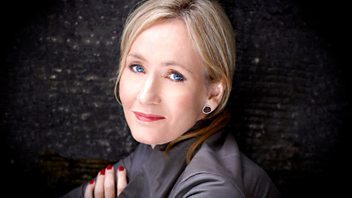 J.K. Rowling on MS in Scotland, her passion for rugby and the power and myth of the shoe.

J.K. Rowling looks at why Scotland has the highest number of MS sufferers in the world, explains her passion for Scottish rugby and asks, what is the power and myth of the shoe?

Multiple Sclerosis affects roughly 100,000 people in the UK and three times as many women as men will develop the disease. The incidence of MS is higher in Scotland than in any other country in the world. J.K. Rowling's mum Anne died of an aggressive form of the disease nearly 15 years ago and in her memory she has helped to fund the Anne Rowling Regenerative Neurology Clinic, part of the University of Edinburgh, which is pioneering research into neural regeneration and patient care.

Her passion for Scottish Rugby is something that many fans may not know. We look at the current state of Scottish Women's Rugby, what is being done to make the sport more attractive to women and what needs to be done to help the sport grow more.

The UN estimates that up to eight million children around the world live in institutions. These are often called orphanages or children's homes, although at least four out of five of those children in institutional care have living parents. What's inspired J.K. Rowling to get involved with helping children reunite with their families?

Plus shoes. They hurt our feet and our bank balance, and yet to so many of us they are objects of desire. Jo is no exception, she's often wondered why women are so fond of this particular item of clothing. From high heels to statement brogues, we explore the complex and fascinating world of women and their relationship to their footwear and ask, what is the power and myth of the shoe? 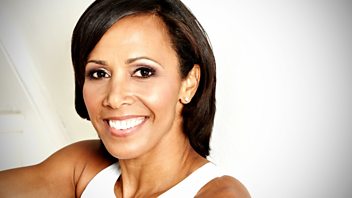 What can athletes tell us about motivation and diet? Kelly Holmes takes a look at how retired athletes stay motivated and shares her favourite juicing recipes.

Kelly Holmes focuses on one of the subjects she is most passionate about: healthy eating and wellbeing. What can we all learn from athletes about how exercise and staying motivated can change the game in our own lives? 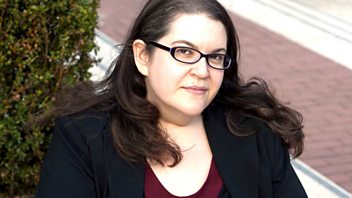 Naomi Alderman, today's Guest Editor, investigates why transgender women don't always feel welcomed by feminists and why some feminists have a problem with including them, with Paris Lees and Finn MacKay. She celebrates some of the game changing women in science and technology and talks to Dr Rivka Isaacson about her work. Naomi is joined by Reni Eddo Lodge and Sarah Hughes to discuss whether TV dramas like Game of Thrones or The Fall are problematic for women. And she looks at public speaking with Professor Lis Howell and Rachel Caldecott - why is it so dominated by men? Jane Garvey presents. 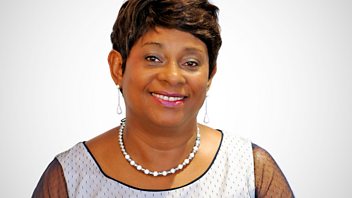 Doreen Lawrence guest edits and talks about the people who have inspired her, including Obama and Mandela. Raising the work aspirations of BME boys. Beverley Knight sings.

Doreen Lawrence (this year's number one game changer on the Power List) talks about the people who inspired her, from Maya Angelou to Barack Obama. She also investigates why fibroids are more common in Afro Caribbean women and discusses treatment options with Mr Yacoub Khalaf, Consultant at Guy's and St Thomas' Hospital in London.

The Stephen Lawrence Charitable Trust runs a number of training programmes and bursaries designed to help young people from the black community to gain access to the professions. So what are the best ways to make sure all young people are able to fulfil their potential? We discuss with Minister for Skills and Enterprise, Matthew Hancock and Lee Elliot from education think-tank The Sutton Trust. 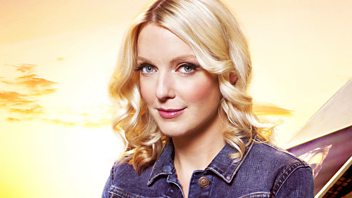 In the final programme in the Woman's Hour Takeover, Lauren Laverne has a cuppa with Caitlin Moran, puts 'Girl Power' and consumerism under the spotlight, and The Staves play live.

Lauren Laverne presents the final programme in the Takeover.

Power Lister Caitlin Moran invites her for a cuppa in her kitchen to talk all things women. So what is Caitlin's real relationship with power, money and family life? How has the success of 'How To Be A Woman' transformed the working class teenager from Wolverhampton? And what do you say to your daughters about feminism when you're watching music star Rihanna performing in very few clothes?

Did Girl Power make feminism accessible? The Spice Girls burst onto the music scene in 1996 and since then have sold 80 million records world-wide. Their extraordinarily success meant that young girls were introduced en mass to the Spice Girls take on Girl Power, which emphasised the importance of female friendship and independence. At the time some feminists criticised Girl Power for being superficial and consumerist, but what effect has it had on their fans, most of whom are now women in their mid to late twenties?

Plus The Staves - the acoustic folk-Americana playing sisters - take time out from working on their next album to play live in the Woman's Hour studio.