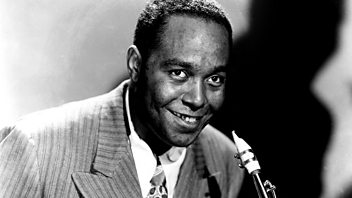 Ken talks to Soweto Kinch about saxophonist Charlie Parker, one of the founders of bebop.

Ken talks to British jazz musician Soweto Kinch about saxophonist Charlie Parker, one of the founding fathers of the bebop movement, who helped to push the boundaries of jazz.

Ken talks to British jazz musician Soweto Kinch about saxophonist Charlie Parker, one of the founding fathers of the bebop movement. After moving to New York in 1939, he worked with Dizzy Gillespie and helped to push the boundaries of the form. However, his life and career were blighted by a heroin addiction which killed him at the age of just 34. 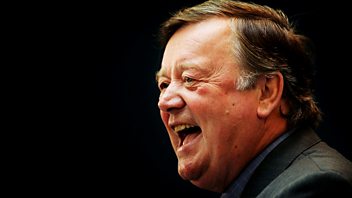 Ken Clarke MP examines the life and music of the saxophonist Joe Henderson.

Soweto Kinch joins Ken Clarke MP in the studio to discuss the life and music of the saxophonist Joe Henderson.

This week Ken examines the life and music of Joe Henderson, the tenor saxophone star of both Verve & Blue Note Records. Born in Ohio in 1937 Joe Henderson taught himself to play at the young age of 9, later perfecting his craft at college and university. By the time he was 25 he'd led his own band and joined a group with Kenny Dorham. Over the course of his career he went on to play with jazz greats such as Miles Davies and Herbie Hancock and even joined the jazz-rock band Blood, Sweat & Tears.

His own projects won several Grammys and in his later career he became something of a national star in America, even performing for Bill Clinton at his first presidential inauguration. He had a lovely lyrical style with a virtuosic technique and is widely regarded as one of the greatest improvisers in jazz.

Ken is joined in the studio by one of UK's leading saxophonists, Soweto Kinch.

Zoot Sims was one of the most naturally talented saxophone players in jazz, most remembered for his incredible sense of swing. He was the archetypal saxophonist and found fame with the general public thanks to having a Muppets puppet modelled on him, right down to the name.

Born in 1925, Zoot grew up as the youngest in a family of vaudeville performers. He took up the saxophone, developing his signature sound in the early 1940s when he was picked up by bandleader Benny Goodman. A few years later he was playing alongside fellow saxophonists Stan Getz, Herbie Steward and Serge Chaloff in Woody Herman's famed Second Herd band.

But after a move to New York his career stalled and by the early 50s Zoot was making ends meet working as a house painter. He was rescued by the legendary baritone saxophone player Gerry Mulligan who asked Zoot to join his quartet. From the late 50s onwards Zoot went on to form a series of successful partnerships, the most enduring with tenorman Al Cohn. Although his style got gruffer with age, Zoot's popularity continued right up until his death in 1985.

Ken Clarke, QC, MP and his guest John Altman discuss Zoots' life and music, revealing how he never once lost his enthusiasm or that gifted sense of swing throughout his career.

Ken's guest John Altman is a BAFTA award winning film and television composer. He's also a saxophonist who has played with such jazz luminaries as Chet Baker, Slim Gaillard and Red Holloway. He's played on rock music sessions too with stars such as Eric Clapton, Phil Collins, Jimmy Page and Little Richard. Zoot Sims is one of his all-time favourite musicians.

Ken Clarke and his guest Abram Wilson discuss the life and music of the 1950s trumpeter Clifford Brown.

In the last programme of the current series, Ken Clarke and his guest Abram Wilson discuss the life and music of the 1950s trumpeter Clifford Brown.

Given a trumpet by his father at the age of 15, Clifford's natural talent was immediately apparent. After only a few years of practising the instrument he was playing gigs with artists such as Miles Davis, Kenny Dorham and Fats Navarro. By 22 he already had an original style and the quintet he went on to form with Max Roach is regarded as one of the best of the 1950s.

Sadly his professional career was bookended by two horrific car crashes. The first was nearly ended his life and left him in hospital for a year. And only five years later he was involved in a second accident, but this time he was tragically killed. But, as Ken and Abram explain, in the short time he was playing and recording he did enough to put him up there with the all time Jazz Greats.

Abram Wilson is an award winning New Orleans trumpeter and vocalist based in the UK.

Ken Clarke, QC, MP returns with another series of Jazz Greats. Joining Ken in the studio for this first instalment is the lecturer and musician Ian Smith. Their subject: the American hard-bop trumpeter Lee Morgan.

Lee Morgan's tense, urgent trumpet with his searing high register and funky timing was the essence of harp-bop. He became a professional musician in his late teens when he joined Dizzy Gillespie's big band in 1956. It was the perfect launch-pad for his career and he went on to play with some of the best in the genre: Art Blakey, John Coltrane and Benny Golson. Perhaps most known for his landmark album "The Sidewinder," Morgan became one of the legendary Jazz label Blue Note's best loved stars.

He may have been blessed with musical talent but the rest of Morgan's life was something of a mess. A crippling heroin addiction hampered his recording career and resulted in a painful encounter with gangsters. While the unfortunate tangle of his personal relationships brought about his rather dramatic demise.