How Folk Songs Should Be Sung 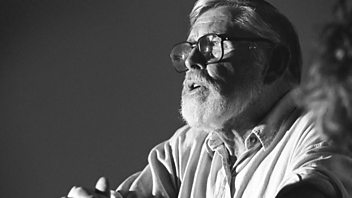 Martin Carthy listens to long-lost recordings that reveal the rise and fall of Ewan MacColl's Critics Group, a controversial driving force of the 1960s folk revival.

Immediately after the success of the BBC Radio Ballads, Ewan MacColl set about the Herculean task of trying to drag British folk music into mainstream culture. Frustrated by the dreary amateurishness of folk song performance, he decided to establish his own centre of excellence to professionalise the art. He called it "The Critics Group".

MacColl tutored select artists "to sing folk songs the way they should be sung" and to think about the origins of what they were singing. He introduced Stanislavski technique and Laban theory into folk performance and explored style, content and delivery.

BBC producer Charles Parker recorded these sessions to aid group analysis. 40 years on, the tapes have come to light. For the first time, a clear sound picture can be constructed of this influential group in action. Former group members Peggy Seeger, Sandra Kerr, Frankie Armstrong, Richard Snell, Brian Pearson and Phil Colclough recount six frantic years of rehearsing, performing and criticising each other. They recall the powerful hold that Ewan MacColl exerted which was eventually to lead to the collapse of the group in acrimony and blame.

Presenter Martin Carthy MBE, now an elder statesman of the British folk music scene, shared many of McColl's ambitions but didn't join the group himself. He listens to the recordings and assesses the legacy of MacColl's controversial experiment.

The Debate of Our Times 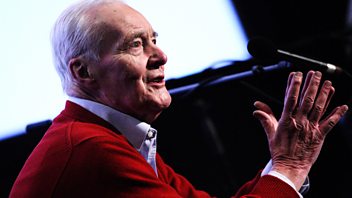 Giles Dilnot searches the programme archives to see if political debate has changed.

Giles Dilnot delves into the archives of Radio 4's Any Questions and other television and radio discussion programmes to find out if political debate has changed in this country. Walking the corridors of Westminster and Whitehall, he meets Kenneth Clarke, Shirley Williams, Diane Abbott, and Tony Benn, among others, and asks if they think debate has dumbed down? Tony Benn recalls key moments like the dropping of the little known 14 day rule, or the first broadcast of Parliament in 1975, "When the transmitter was switched on, my voice was the first that was heard and I thought about it very carefully, what I would say", but did it impact on political debate outside the House of Commons? Conservative former Justice Secretary Kenneth Clarke thinks the quality of debate is more to do with who is talking, "Every generation has people who are superb at debating and every generation has people who can bore the hind leg off a donkey", but Labour's Diane Abbott believes debate is less than it once was because "professional politicians have been managed to death" which leads to the "killing off of political discussion and public engagement". So Giles asks long standing presenter Jonathan Dimbleby and also the Independent's chief political columnist Steve Richards to compare different decades. And Giles is astonished, when he listens back over five decades of debate about the topics the public really care about such as education or health, to discover that the substance of what is being discussed has not really changed. So, is it possible to say whether debate has declined, or not?

Presenting the Past - How the Media Changes History 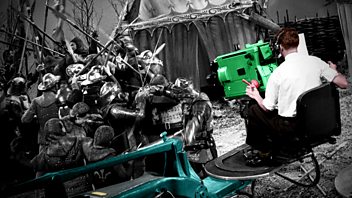 Juliet Gardiner on how directors, writers and producers achieve authenticity in their work

Change has swept through the way history is presented to the public. Programmes, films and books dealing with the past used to emphasise authority and accuracy as their great strengths. While those elements are still valued, argues historian and broadcaster Juliet Gardiner, the over-riding aim now has become to present an authentic view of the past. But how is that achieved? And what happens when the desire for authenticity conflicts with the facts?

Drawing on her role as an historical adviser on television programmes, feature films and to writers of historical fiction over the years, Juliet Gardiner shows how directors, writers and producers achieve authenticity in their work and how this affects the history we see, read and hear. She also lifts the veil on behind-the-scenes tensions and disagreements over how far the facts should be bent to achieve the precious authentic "feel".

Taking her examples from documentaries, recent movies, dramas and books as well as children's programmes, Juliet Gardiner presents a lively and revealing personal essay on how the ways of presenting history have evolved - and how they have in turn shaped the way we, the public, see and think about the past. 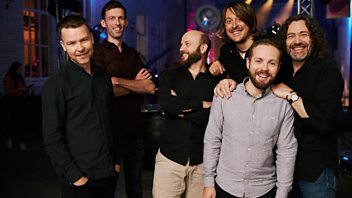 Celebration of young folk and traditional music talent from Ulster and beyond.

Trad Ar Fad! is a celebration of young folk and traditional music talent from Ulster and beyond. This exciting performance-filled programme, presented by Emma Ní Fhíoruisce, has been filmed at the Conway Mill in Belfast and features performances from top artists such as Scotland's Ross Ainslie and The Sanctuary Band, Hoodman Blind from Limerick, and our very own presenter Emma Ní Fhíoruisce. We'll also hear from some young musicians who are studying music at Queen's University in Belfast. 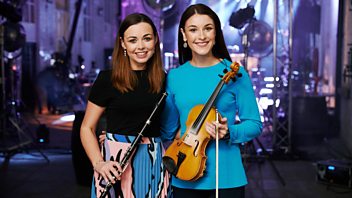 Trad Ar Fad! is a celebration of the young folk and traditional music talent that has come to the fore over the last number of years from Ulster and beyond. This exciting performance-filled programme, presented by Emma Ní Fhíoruisce has been filmed in the Conway Mill in Belfast and features performances from Barry and Laura Kerr, Gráinne Holland and sisters Melanie and Paula Houton. Also featuring will be the Soma Festival in Castlewellan, County Down with a gathering of great singers that came together to celebrate music in an event called From Donegal to Down. 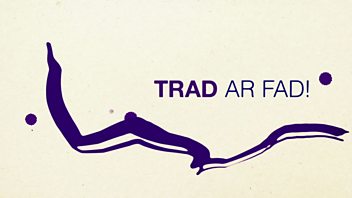 With performances from the Benedict Morris and Cormac Crummey Band, Niamh McElduff, and the winner of the BBC Young Musicians Platform Award in 2018, Martha Guiney

Emma Ní Fhíoruisce presents Trad ar Fad! from the Conway Mill in Belfast. With performances from the Benedict Morris and Cormac Crummey Band, Niamh McElduff, and the winner of the BBC Young Musicians Platform Award in 2018, Martha Guiney with accompaniment from Aishling Lyons. We’ll also hear from the young musicians in An Crann Óg in Gaoth Dobhair, Co. Donegal. 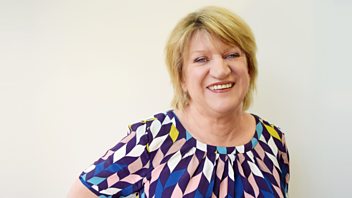 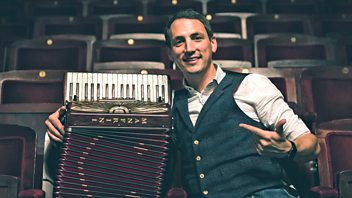 For the very best in traditional music and song, join Gary Innes for Take the Floor.

Gary Innes presents a programme of traditional music and song. Our session from the archive this week comes from The Gordon Pattullo Ceilidh Band. It was Gordon's debut as a bandleader on Take the Floor recorded at The Reid Hall in Forfar back in 2007. Gordon also joins Gary to chat about his memories of the evening. In the second hour it’s accordionist and entertainer William Marshall that is Gary’s special guest . Added to that we treat you some dedications and new records made during lockdown. 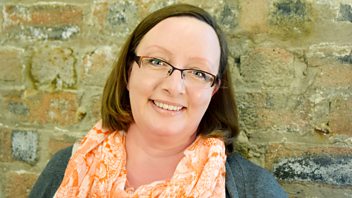 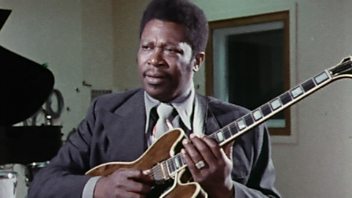 First transmitted in 1972, B.B. King is filmed at a recording session in London where he talks about himself and the guitarists who have inspired him.

First transmitted in 1972, B.B. King is filmed at a recording session at Command Studios, Piccadilly, London during the sessions that led to the 'B.B. King in London' album. The blues legend talks about himself and the guitarists who have inspired him, including Django Reinhardt, Charlie Christian and T-Bone Walker. 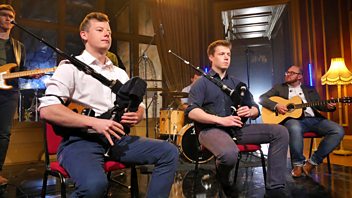 Capturing the variety and scope of Ulster-Scots music. Filmed in Brownlow House, Lurgan.

Capturing the variety and scope of the music that is Ulster-Scots. Filmed in Brownlow House, Lurgan. 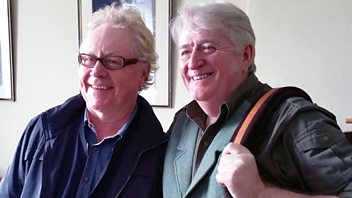 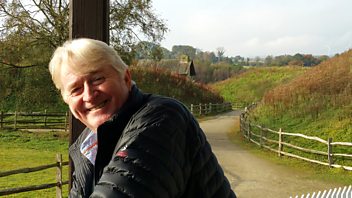 Phil Cunningham ends his journey at the Grand Ol' Opry and the Country Music Hall of Fame.

Phil Cunningham explores the musical connections between Scotland, Ulster and America. In the final programme his journey takes him to the Grand Ol' Opry.

Music and history combine as renowned Scottish performer Phil Cunningham explores age-old musical connections between Scotland, Ulster and America. Featuring a wealth of music, sacred and secular, in this final programme in the series are country and bluegrass legends Rosanne Cash and Ricky Skaggs, as Phil's journey takes him to the Grand Ol' Opry and the Country Music Hall of Fame in Nashville, Tennessee. 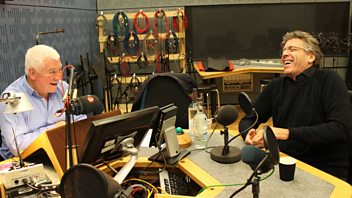 30 minutes Available for over a year Web Only 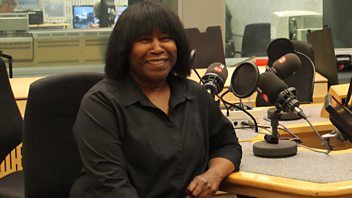 31 minutes Available for over a year Web Only 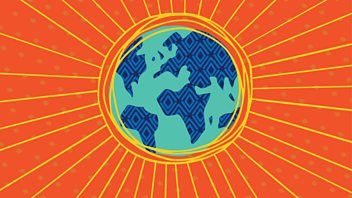 16 minutes Available for over a year Web Only

Amanda Kauranne takes us on a road trip to Finland. 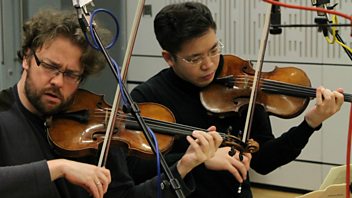 30 minutes Available for over a year Web Only

Picks from across the week, including Kate Rusby and Sir Antonio Pappano.

Picks from across the week with Sean Rafferty, including Kate Rusby, Sir Antonio Pappano and Matthew Whitaker. Plus musicians from the Chamber Music Society of the Lincoln Center.

17 minutes Available for over a year Web Only

Music journalist Betto Arcos takes us on a trip to Veracruz in Mexico.