Showing results for holding on 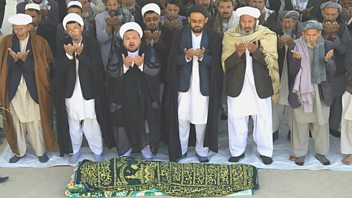 Stories of resilience and endurance from Afghanistan, Bolivia, Syria and Myanmar

Afghanistan's forty years of war; life in Assad-controlled Syria; a dance party in a Rohingya refugee camp in Bangladesh; and how long can Evo Morales stay President in Bolivia?

Pascale Harter introduces reportage, analysis and reflection from correspondents and writers around the world.

Kate Clark, in Kabul, discusses how Afghanistan is marking the beginning of forty years of almost unbroken war - with the anniversary of the leftist coup of 1978. Tens of thousands of people were abducted, tortured, imprisoned and 'disappeared' by the new government - and that set the scene for decades of further conflict. Now, the attacks and the armed struggles continue, but is there a new mood of exasperation among civilians, which could fuel a movement for peace?

Diana Darke recently travelled in government-controlled areas of Syria, being shown the version of events favoured by the Assad regime. But she speaks Arabic, knows the country well, and was able to break away from the official agenda - to hear, straight from displaced people from Ghouta, how they're surviving after being driven from their homes.

Laurence Blair's in Bolivia, visiting an Andean museum with an eclectic collection of objects on display - from an old school report to a wooden football. They're all linked to the country's President, Evo Morales, adored when he first came to power over a decade ago and still hugely admired in many parts. But after his moves to extend and re-extend his time in control, there are some signs of disenchantment on the streets.

And Aisha Gani stumbles on a very unexpected scene in a camp for Rohingya refugees in Bangladesh. After escaping mob and military attacks on their villages in Myanmar, a whole generation of young people are stuck here with little to do. But there's always time for a wedding - and if someone's managed to hire in a sound system, it's even possible to join a dance party.

Photo: Mourners and relatives pray in front of the coffin of one of the victims of a bomb set off in a voter registration centre in Kabul, on April 23, 2018. (SHAH MARAI/AFP/Getty Images)

Series 3 Holding on to a Dream 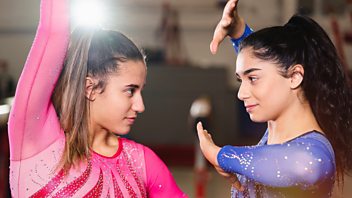 Amelie suffers a major setback ahead of the World Championship Team Trials.

Amelie and Phoebe are busy preparing for the World Championship Team trials, but Amelie suffers a major setback.

Artistic gymnasts Amelie and Phoebe have been busy preparing for the World Championship Team Trials, but Amelie is hit with a major setback when she injures her ankle in training.

Phoebe is still determined to make it through to the selection and while she’s at full fitness, she doesn’t know if Amelie will be even be able to attend. Against all the odds, both girls make it to the trials, but the competition is fierce as they are up against the strongest senior female gymnasts in Britain. Will the girls make Coach Liz proud as they compete together as seniors with new routines and back from recent injury?

Meanwhile, back at the gym, the tumblers have been set a back-flipping challenge – will our Gym Stars continue their winning streak or be beaten by Nile and his training partner, Luke?

A Point of View 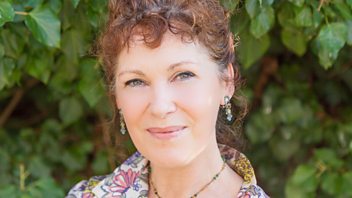 Rebecca Stott on her pet hate – being talked AT!

"There's one thing I can't bear", writes Rebecca Stott, "and that's being talked AT".

Having grown up in a separatist fundamentalist Christian sect called the Exclusive Brethren, she says she's probably rather uniquely sensitised to this. She listened to her father and grandfather holding forth for hours - "3000 hours of male monologues before I was six" she reckons!

Rebecca reflects on the art of good conversation.

A Point of View 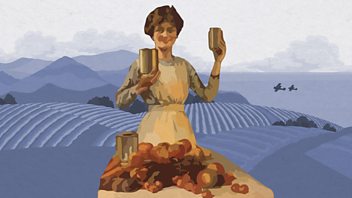 In Tynemouth, Edie Chadwick is still holding on to the past.

On this day in 1918, it was reported that a 70-year-old former member of the Rifle Brigade had attempted to enlist, and in Tynemouth, Edie Chadwick is still holding on to the past.

On this day in 1918, it was reported that in Grimsby, a 70 year old former member of the Rifle Brigade had attempted to enlist, and in Tynemouth, Edie Chadwick is still holding on to the past. 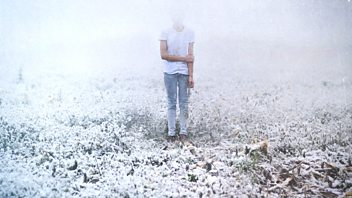 Josie Long presents stories of holding on. Love lost and regained, a lingering goodbye, and the afterimage of a loved one.

Love lost and found, a lingering goodbye and the after image of a loved one - Josie Long presents stories of holding on.

From the echoes of a partner that linger after their death to an extraordinary tale of love regained after fifty years apart.

Her Name Was Jean

Civilian rule in Nigeria under threat 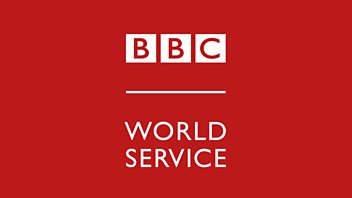 26 minutes Available for over a year Web Only

Complaints that the transition to civilian rule in Nigeria is in chaos. There are fears the military wants to continue holding on to power without an electoral mandate. Presenter: Hilton Fyle.

Thomas Kincaid - The Business Of Art 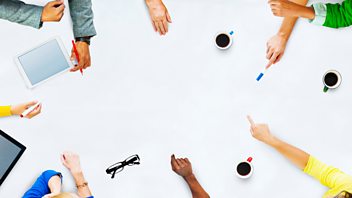 26 minutes Available for over a year Web Only

An interview with American painter Thomas Kincaid. The Californian artist is known for his use of light and is known as a 'painter of light'. He tells the programme' presenter Peter Day why he believes his paintings have a universal appeal. He also explains how he has managed to become one of the world's wealthiest painters despite holding on to all his originals. 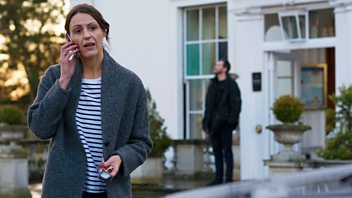 Gemma plays the perfect wife, while concocting a plan to ensure she comes out on top.

Drama. In public Gemma plays the perfect wife, while concocting a plan to ensure she comes out on top - only to make new discoveries about the extent of the secrets around her.

In public Gemma plays the perfect wife, while secretly concocting a plan to ensure she comes out on top - only to make new discoveries about the full extent of the secrets that those around her are holding on to.

This Week and Africa

28 minutes Available for over a year Web Only

RUF rebel leader Fode Sankoh stalls Sierra Leone peace process. Mr Sankoh tells This Week And Africa why he is holding out on the agreement.

Also on the programme, the winners and losers in Malawi's Elections and what happens in Mali when the lights go out.

This Week and Africa 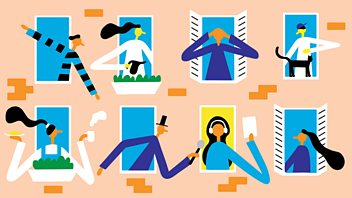 'Everywhere I go people hold on to their bags.' Inside a school for excluded students.

'Everywhere I go people hold on to their bags.' Inside a school for excluded students. With Eddie Mair and Jennifer Tracey. iPM@bbc.co.uk.

'Everywhere I go people are nervous. I see people holding on to their bags.' We hear from pupils who have been expelled from mainstream education. And, a teacher tells us she is "a bit of a cow" to her students, but her approach gets results. Plus Evan Davis reads Your News. With Eddie Mair and Jennifer Tracey. iPM@bbc.co.uk.