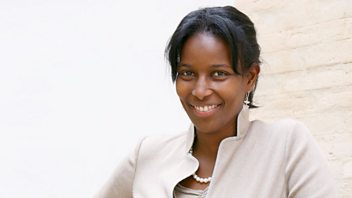 Campaigner Ayaan Hirsi Ali on the rights of women under Islam. Lisa Riley, a big hit in this season's Strictly Come Dancing tells how she's defied those who thought she was the comedy booking by doing so well in the show. Is Doris Day underestimated as a great actress? Karen Krizanovich and David Benedict from Vanity Fair discuss. Two prostitutes give their views on proposals that would criminalise paying for sex. We discuss the government's relaunched, This Is Abuse campaign aimed at teenagers. Melanie Verwoerd tells us about growing up in an Afrikaner home, her involvement with the ANC, diplomatic career and love affair with Irish radio and TV presenter Gerry Ryan. Mark Lawson and Lucy Cavendish on whether the rules are different for men and women when it comes to publicly admitting that you fancy an actor? 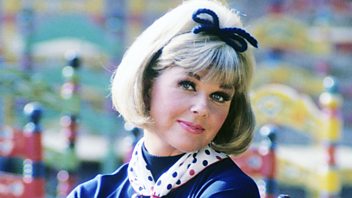 Julian Worricker on an actress, a broadcaster, a psychologist, a paranormal investigator.

One of Hollywood's top box-office stars of the 50s and 60s, actress and singer Doris Day.

The Labour MP who became one of television's most exhaustive political interviewers, Brian Walden.

Dorothy Rowe, one of the earliest figures in psychology to build a bridge between clinical practice and the general public.

And the paranormal investigator, Lorraine Warren, whose best-known case focused on the house at the centre of the film, The Amityville Horror.

Composer of the Week 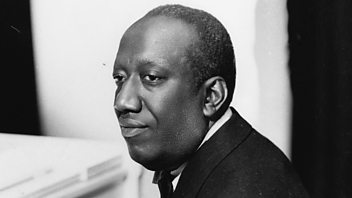 James P Johnson is known as the Father of Stride Piano, and composed the most iconic work that captures the essence of the Roaring Twenties, the Charleston. Both pianist and composer, he not only wrote jazz but also music for theatrical shows, symphonic works and opera too. He performed alongside jazz greats such as Fats Waller, Willie the Lion Smith and Sidney Bechet, and also collaborated with George Gershwin as well. Johnson was an early pioneer in the recording industry, and made many studio recordings as a soloist and with his own jazz band. Yet despite all of this, his name has been largely forgotten today. One possible reason for this is that being a transitional figure between ragtime and jazz, he’s been hard to categorise. Each day in this series, Donald Macleod will explore a period in Johnson’s life where Johnson strove to achieve a different role: recording artist, theatre composer, performer and teacher, and also a tickler - a ragtime saloon pianist.

During the mid-1920s, James P Johnson began to make a name for himself as a composer for the theatre. The line-up of producers he worked with was impressive, including Earl Carroll, George White, Frank Montgomery, Flo Ziegfeld and the Schubert Brothers. In 1922 he worked on a show called Plantation Days, which proved so successful it travelled to Europe where Johnson collaborated with George Gershwin. Then came Johnson’s hit show, Runnin’ Wild, which included his most iconic work, the Charleston. Runnin’ Wild was so popular it opened on Broadway, performing in New York for two years, and then on to London. His career was at an all-time high, and it was during this period that Johnson began to write large symphonic works to, including Yamekraw. But it was his music for the theatre which had the most impact, writing hit numbers such as If I could be with you. This song would be recorded by many musical legends, including Fats Waller, Louis Armstrong, Oscar Peterson, Benny Goodman, Katy Star, Helen Humes, Art Tatum, Bing Crosby and Doris Day.

Jimmy Johnson and His Orchestra

If I could be with you

Marty Grosz and the Hot Winds

Composer of the Week 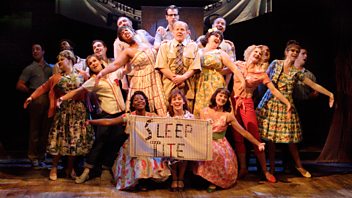 Pedro Almodovar's sky-high film I'm So Excited! and Lionel Shriver's novel of obesity in America, Big Brother. The Pajama Game comes to Chichester, and Hannibal Lecter is back.

Pedro Almodovar's new film I'm So Excited! is a sky-high romp with The Pointer Sisters on the soundtrack but its plane stuck in mid-air is also a metaphor for Spain caught in economic crisis.

Richard Eyre's production of The Pajama Game comes to Chichester with Joanna Riding and Hadley Fraser; a triumph on Broadway in 1954, the film version with Doris Day wasn't a critical success. Can a musical based on industrial relations in a nightwear factory prove zingy and uplifting?

Lionel Shriver has turned her attention to obesity in the West in Big Brother. It's the story of a woman who tries to save her overweight brother from his own path of self-destruction.

And US series Hannibal, created by Bryan Fuller, is about to begin on Sky Living... Hannibal Lecter is back. Fuller says the violence in the show is deliberately heightened and unreal - but will audiences be ready for it?