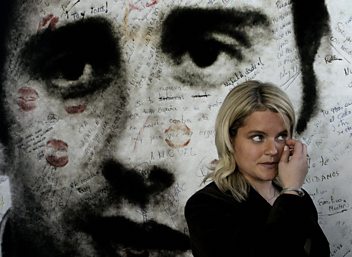 How the killing of a young Basque councillor sparked huge anti-ETA protests in Spain.

In July 1997, the armed Basque separatist group, ETA, kidnapped a young local councillor called Miguel Blanco and threatened to kill him within 48 hours.

The ultimatum sparked nationwide protests against ETA on a scale never previously seen in Spain.