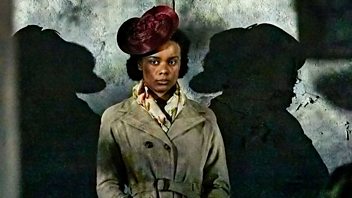 Trojan War from an all-female perspective, playing Hortense and Queenie at the National Theatre, TRICK theory by Esther Wojcicki, and childhood obesity.

Andrea Levy’s novel Small Island was published in 2004, dramatised for television in 2009 and now Helen Edmundson’s theatrical adaptation has begun a run at the National Theatre. It tells the stories of Hortense, who grows up in Jamaica and moves to England as part of the “Windrush” generation, and Queenie, who escapes life on a Lincolnshire farm to find herself in inner-city London as social and ethnic dynamics shift after the War. Jenni talks the actors playing Hortense and Queenie, Leah Harvey and Aisling Loftus.

How do you raise successful people? Esther Wojcicki claims to have done just that. She is the mother of YouTube CEO Susan Wojcicki, 23andMe Co-Founder and CEO Anne Wojcicki, and Fulbright Scholar and Professor of Pediatrics Janet Wojcicki. Esther has written a book including 'simple lessons for radical results' and she shares her strategies with Jenni, explaining her TRICK theory and why she thinks it works equally well whether you are raising children or managing a company.

Why has Leeds become the first city in the UK to report a drop in childhood obesity, what’s the significance of this for the rest of the UK and what else is being done throughout Europe and the world to tackle the problem? Jenni is joined by Esther Wojcicki, author of How to Raise Successful People, Susan Jebb, Professor of Diet and Population Health at Nuffield Department of Primary Care Health Sciences at the University of Oxford and Franco Sassi, Professor of International Health Policy and Economics at Imperial College, London.

In her latest novel, A Thousand Ships, Natalie Haynes tells the story of the Trojan War from an all-female perspective. She joins Jenni to explain why she decided to give a voice to these overlooked women, girls and goddesses and what can be gained by listening to their stories.