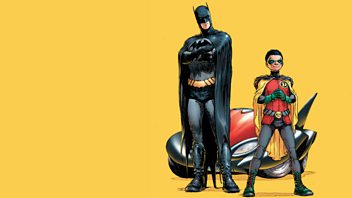 Scarlett Johansson plays Major in the manga-based action film Ghost In The Shell.

David Tennant leads the cast of Don Juan in Soho. Patrick Marber's play, based on Moliere's original - which debuted a decade ago - reaches London's West End for the first time

Australian poet Les Murray's latest collection On Bunyah cogitates on the rural spot in New South Wales where his ancestors settled and lived - Wild Horses Creek, known to the aboriginal Australians as Bunyah

The Art of Comics, a new exhibition in Glasgow, looks at the work of comicbook artist Frank Quitely, "from Krypton to Kelvingrove.. from Gotham to Glasgow".

Harlots is a TV series starting on ITV Encore - is it too good to be hidden away on a niche channel?