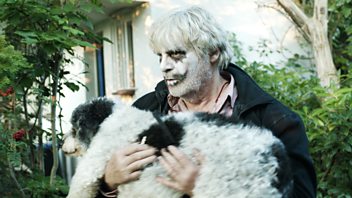 A review of the week's cultural highlights, including Sex With Strangers at the Hampstead Theatre, Oscar-nominated German film Toni Erdmann and John Burnside's new novel.

Toni Erdmann is a German comedy film which has been nominated for the Best Foreign Language Oscar. is it wunderbar or nicht so gut?

John Burnside has a new novel out: Ashland and Vine about friendship, history and memories

Turner Prize-winning Keith Tyson's latest exhibition Turn Back Now at the Jerwood Gallery in Hastings shows more than 350 of his studio wall drawings where the work itself is the process.

Sheridan Smith stars in The Moorside, a BBC TV drama about the kidnapping of Shannon Matthews