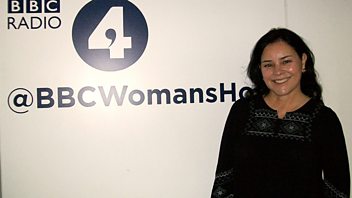 Diana Gabaldon on the TV adaptation of her best-selling Outlander books. With Jenni Murray

Writer Diana Gabaldon discusses the adaption of her Outlander series for TV, and 16-year-old Marley talks about why she doesn't see herself as defined by gender. With Jenni Murray.

Diana Gabaldon Outlander series of books have sold over twenty six million copies worldwide and are published in 23 languages. There are currently eight titles in the series of what she calls her 'Big Enormous Books that have no discernible genre' as well as spin off titles. . Now they've been adapted for TV and Outlander will be available on Amazon Prime Instant Video later this month.

In the run up to the General Election what impact is the current debate about immigration having on BAME (black, asian minority ethnic) women?

Teenage years can be tough, exam stress, arguments with friends, growing pains and of course wanting more independence. But add to that feeling you just don't fit the skin you're in. Born a girl - 16 year old year Marley doesn't see herself as defined by gender. As part of year's BBC News School Report, she tells us her story.

Sister Rosetta Tharpe first made her name in the 1920s singing gospel music as did so many great interpreters of blues and soul. To celebrate what would have been her 100th birthday another chance to hear from Gill and Gary Atkinson, the husband and wife team behind Document Records who featured her in compilations of their work.