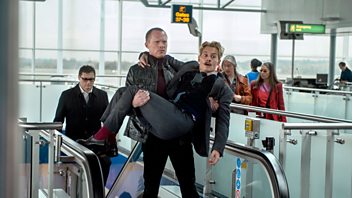 Sofie Gråbøl, star of The Killing, returns to the small screen in Fortitude. Gråbøl's first British drama series focuses on a small community in the Arctic Circle where a murder has been committed. Novelist Tom Harper reviews.

Pianist Imogen Cooper discusses her new album on which she performs works by the husband-and-wife team of Robert and Clara Shumann, based on the letters they exchanged during their courtship.

Costa Children's Book Award winner Kate Saunders discusses Five Children on the Western Front, her update of E Nesbit's Five Children and It stories, which transports the children to 1914 and imagines their fortunes at war.